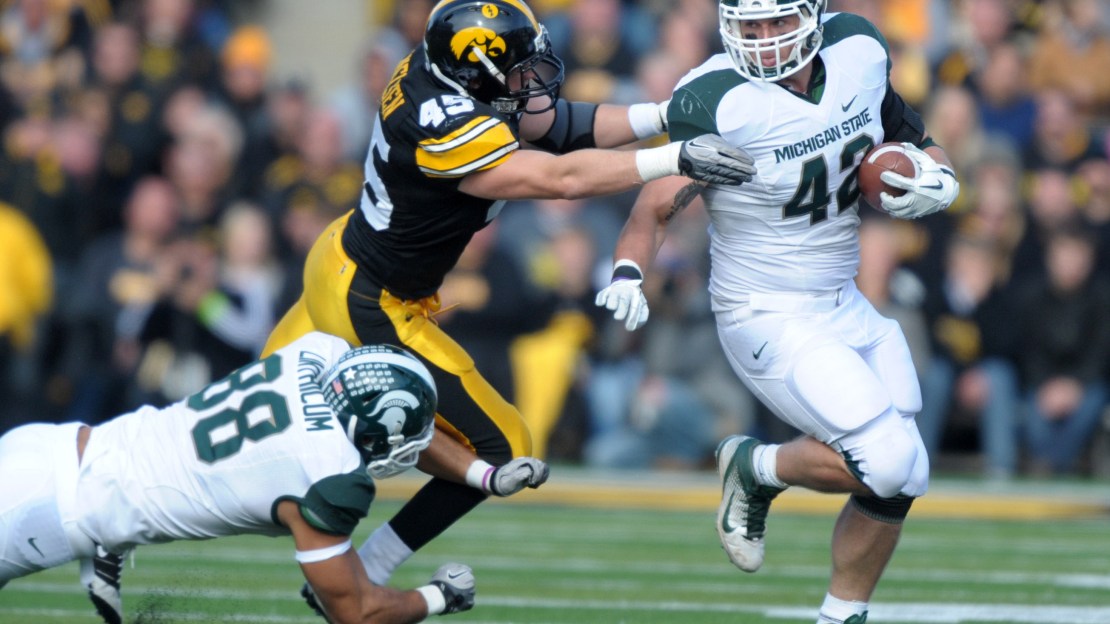 There was another public Big Ten proposal Sunday. One week after former Nebraska OL Jeremiah Sirles popped the question at the team's spring game and just about two months after Mike Peltz did the same on Nebraska senior night, former Michigan State fullback Todd Anderson asked his girlfriend, Katie Hoff, the two-time Olympic swimmer, to marry him Sunday.

He did it in grand fashion, too, as he got one knee before catching Hoff's ceremonial first pitch at the New York Yankees-Tampa Bay Rays game. She said, "Yes."

Anyone else notice he put the ring on her right ring finger? He explained it on Twitter. Got to love social media.