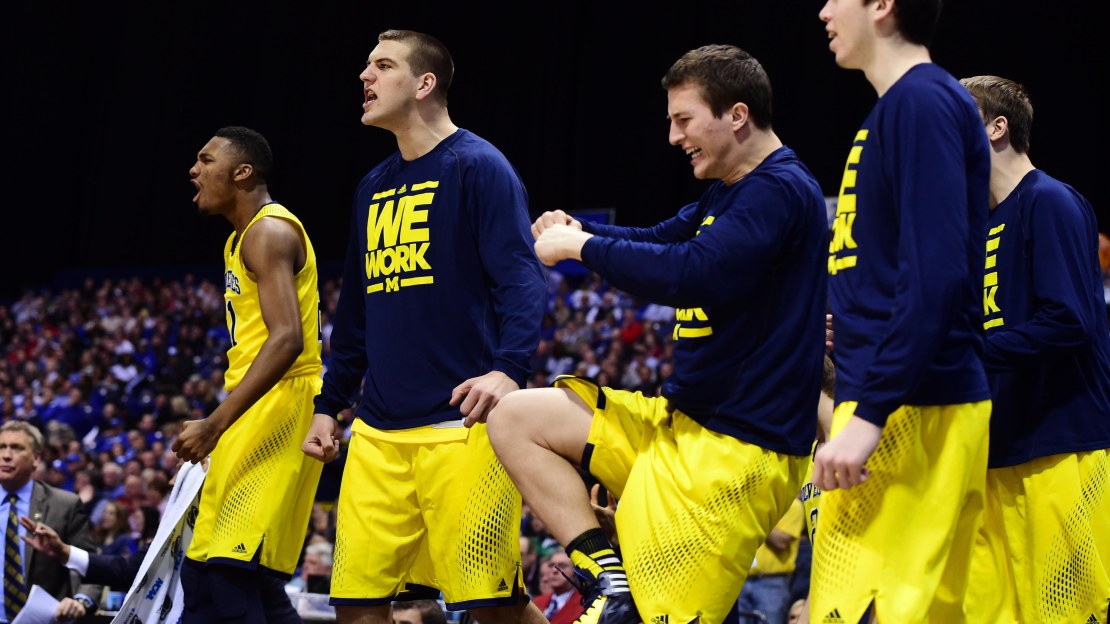 Mitch McGary's attire had a lot of people talking before, during and after Michigan's Sweet 16 matchup vs. Tennessee on Friday night. That's because, for the first time since Dec. 14, his final game before undergoing back surgery, the preseason All-American was in full uniform. No, McGary didn't play, although he did go through layup drills and was listed in the official scorer's book.

Why the change in wardrobe? John Beilein just wanted McGary back in uniform, both to reward him and to give the Wolverines some added motivation.

Here's what McGary told Mlive.com about being back in uniform:

"It's really good just to be back out there on the court, to even go through warm-ups was something special," McGary said. "I haven't put this uniform on in a while. I'm just really glad we got the win so I can do it again Sunday.

"I talked to the doctors and they said it was alright for me to warm up, but obviously I'm not playing."

Evidently, Beilein wanted McGary to suit up last weekend vs. Texas, but no one brought his No. 4 jersey to Milwaukee. The team remembered it for its trip to Indianapolis.