Chris Collins: 'I was very pleased with our year' 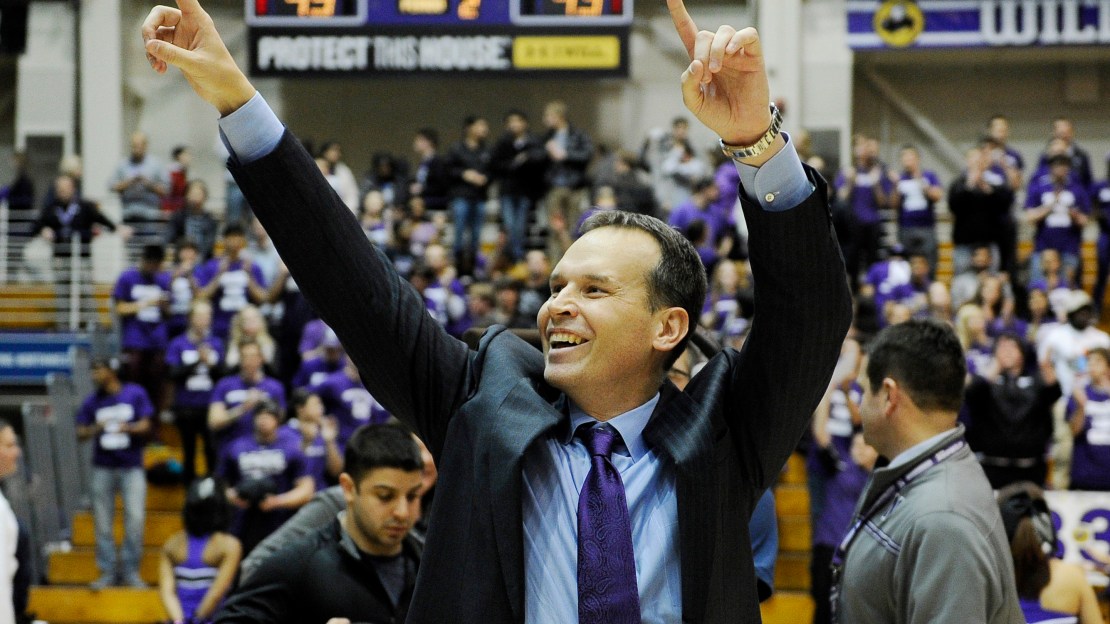 Northwestern coach Chris Collins was a special guest analyst on Wednesday night's #BTNLive. The first-year coach helped our team break down the Big Ten's three Sweet 16 matchups, plus discuss his season in Evanston. BTN.com caught up with Collins for a Q&A to discuss his first year, Coach K and the NCAA tournament, among other things. Read the Q&A in this post.

BTN.com: Any one thing surprise you the most about your first year as a head coach?
CC: I think the main thing was going through the rigors of the whole conference. You hear about it, but once you get in it and the level of competition you're playing every night, and just to sustain that over the course of January through March, it was great experience for me. I really learned what it took to manage the schedule and how to prepare our guys to be best ready to play.

BTN.com: What was it like going up against the Tom Izzos and Bo Ryans of the world?
CC: Well, certainly for me growing up in basketball, I've always had great respect for the history of the game and great respect for the coaches. In our conference, we have so many coaches who have been so good for so long. When you coach your own team, you try not to get caught up in that, because it can be overwhelming. It's an honor to be a coach in this league, but what I try to do is try to get our team ready and not get caught up with trying to coach against some of the best guys in the business.

BTN.com: Did any of the Big Ten veteran coaches give you any pointers or advice?
CC: The main thing that they were all great about was telling us that we're on the right track, that we're doing the right thing, and whether there's ups or downs, you've got to stay with what you believe in. That meant a lot to me, to earn their respect this year with the way we played and the way we competed.

BTN.com: How much did you talk to Coach K during the season?
CC: I talked to him every now and then. He would text me after wins. But with him, he has a great way of knowing when you might need him the most, like when you're going through a rough patch. He watches us all, but he also wants us to be our own guys. I talked to him throughout the year, through our ups and our downs.

BTN.com: How about your dad?
CC: Yeah, my dad and I, we're like best friends. He was in and out of town and at a lot of our games and came to some practices. What's great about him is he understands, though, that it was my team and he doesn't force anything on me. But he's always there to be a helpful ear for me to talk to, to bounce ideas off of.

BTN.com: You went 6-12 this season, won four road games and got a Big Ten tourney win – did that surprise you?
CC: I was very pleased with our year. Coming into the year, I didn't put a number on how many wins that I wanted to get. For us, it was a foundational year. I wanted to earn respect from the league, that we were a program on the rise. For us to win four games on the road, to have the win against Iowa in the Big Ten tournament, there were a lot of things that showed growth in our program and there were a lot of things to build off in the future.

BTN.com: What's the biggest lesson you take from your first year?
CC: I think the main thing is when you're the one, when you're the head coach, you have to manage your priorities, manage your time. There's so much being thrown at you, and from all angles. To be able to be there for your guys, to understand what's most important, and to understand you can't be everything to all people. You have to rely on your staff, you have to rely on the people around you to help you, because no one can do it alone.

BTN.com: With Drew Crawford gone, what does it mean for your team next year?
CC: JerShon Cobb being back as a fifth-year senior, I think it will kind of transition into his team. We will have some veterans back, with Tre Demps, Alex Olah and Dave Sobolewski. But we'll be bringing in five freshmen, so it will be a whole new team. And I think it will be even more important for the veterans to lead, because when you bring in a lot of young guys, they need guidance from the older players.

BTN.com: We've reached the Sweet 16, and three Big Ten teams are left. Is that what you expected?
CC: I expected at least that. I feel like the three teams left were the three best teams. I have great respect for everybody in our league, but I felt through the course of the year, those were three most consistent, strongest, most talented teams. It's no surprise to me that they're still playing, and I think all three have a chance to advance even further. That's great for the league. When you get to this time of year and you're not playing, you really root for the guys in your league to do well.