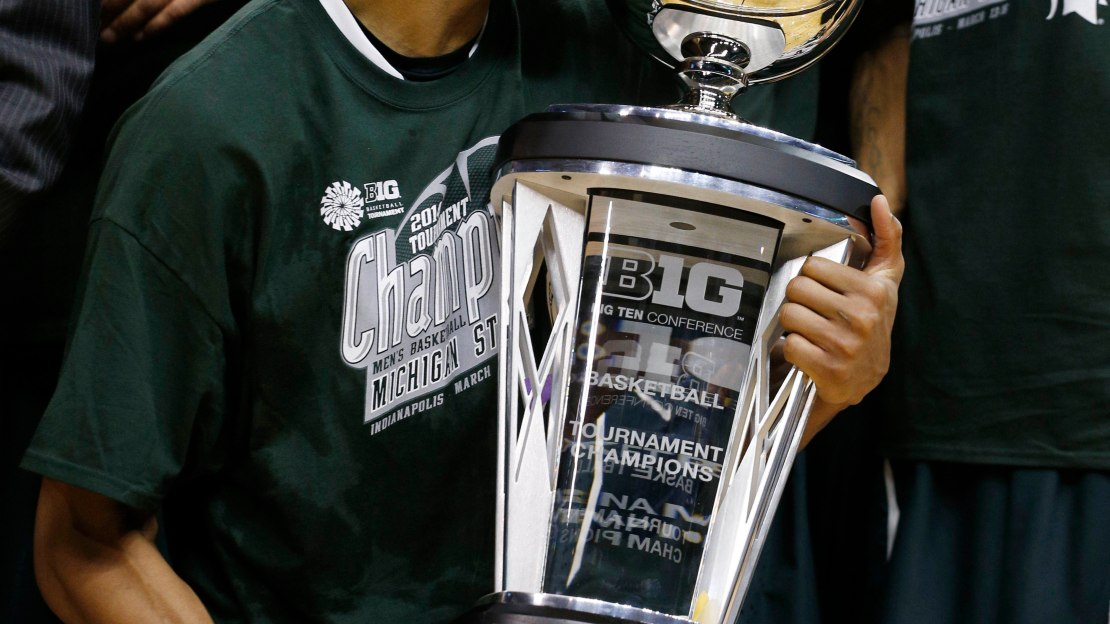 College basketball experts across the nation are picking Big Ten tourney champ Michigan State to win the NCAA tourney. The same goes for the President. As he's done each of the past five years, Barack Obama filled out his NCAA bracket in a recent ESPN special, and he selected the Spartans to win it all.

Obama has Michigan State topping No. 13 Delaware, No. 12 Harvard, No. 1 Virginia and No. 2 Villanova on its way to the Final Four. In the national semis, he has the Spartans dropping No. 1 overall seed Florida, before downing reigning national champ Louisville in the national title game.

For what it's worth, Obama is 1-4 with his national champion picks, correctly tabbing North Carolina in 2009. A year ago, the President predicted Indiana to down Louisville. The Hoosiers lost in the Sweet 16.

Should Obama be right this year, it would mark the Big Ten's first national title since 1999-2000, when Mateen Cleaves and Michigan State cut down the nets.

Here's what the President forecasts for the rest of the Big Ten teams: