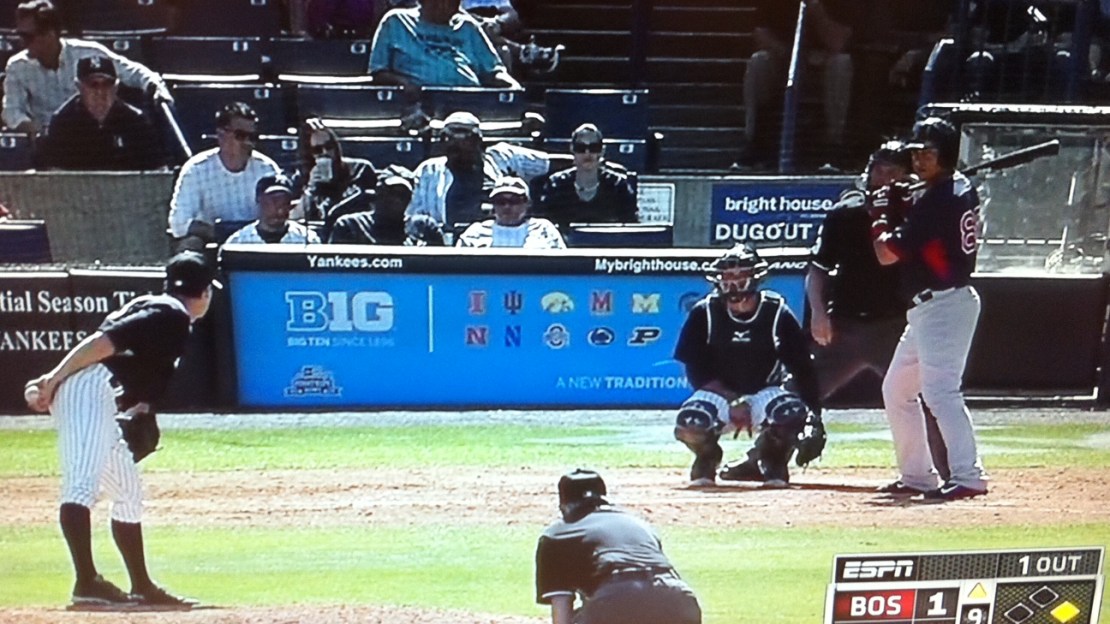 It's no secret, the Big Ten is serious about expanding its brand and footprint eastward. The additions of Maryland and Rutgers, both of which officially join the conference July 1, were proof of that. So, too, was the eight-year bowl agreement with New York Yankees and New Era Pinstripe Bowl – a set-up that includes a significant Big Ten branding presence in Yankee Stadium.

We saw the first visual proof of the branding presence during the Yankees' home exhibition game vs. Boston on Tuesday afternoon.

Check out the ad on the backstop at @Yankees spring training facility. #B1G pic.twitter.com/6ob04BjGia

You can see Maryland's logo included on the ad in the picture. Rutgers' is there, too, but it's blocked by the catcher.