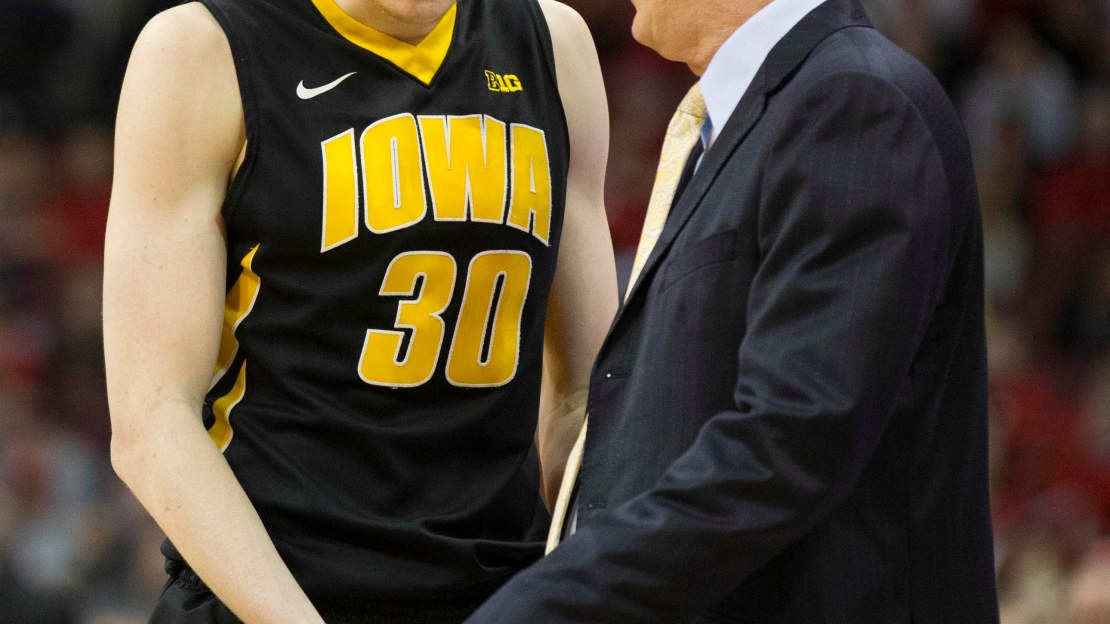 This is fun. CBSSports.com ranked the playing careers of the NCAA tournament coaches. No. 1 is no surprise at all: Tulsa coach Danny Manning. But, there are some surprises. For example, former Indiana star and current UCLA coach Steve Alford is just No. 5. Anyway, Iowa's Fran McCaffery paces the six Big Ten coaches. See a Big Ten-centric breakdown of the site's ranking in this post.

Big Ten coaches
No. 21 Fran McCaffery, Iowa. McCaffery (aka "White Magic" according to his official bio) played one season as a part-time starting point guard at Wake Forest (1977-78) before transferring to Penn for his final three collegiate seasons. He subsequently led Penn to two NCAA appearances and an NIT berth.
No. 28 Thad Matta, Ohio State. Matta started his career at Southern Illinois in 1985-86 before transferring to Butler for his final three seasons. Matta led the Bulldogs in assists as a sophomore and also started as a junior before spending his senior year a reserve.
No. 37 Tom Izzo, Michigan. Though college-years bios on Izzo tend to focus solely on his bromance with Steve Mariucci, Izzo was a player of note at Division II Northern Michigan, earning All-America honors and serving as team captain as a senior.
No. 39 Bo Ryan, Wisconsin. Ryan starred at point guard for Division III Wilkes University in Wilkes-Barre, PA, earning team MVP honors during his senior year. Ryan holds the school record for field goals made in a game, during a 43-point performance against Susquehanna in 1969.
No. 54 John Beilein, Michigan. Beilein was a backup guard at Division II Wheeling College (now Wheeling Jesuit), where he also served as a team captain for one season.
No. 59 Tim Miles, Nebraska. Miles played ball at the University of Mary in Bismarck, ND (then-NAIA, now D-II), serving as a deep reserve for three years before accepting an offer to become a student assistant as a senior. (A smart move, it would seem.)