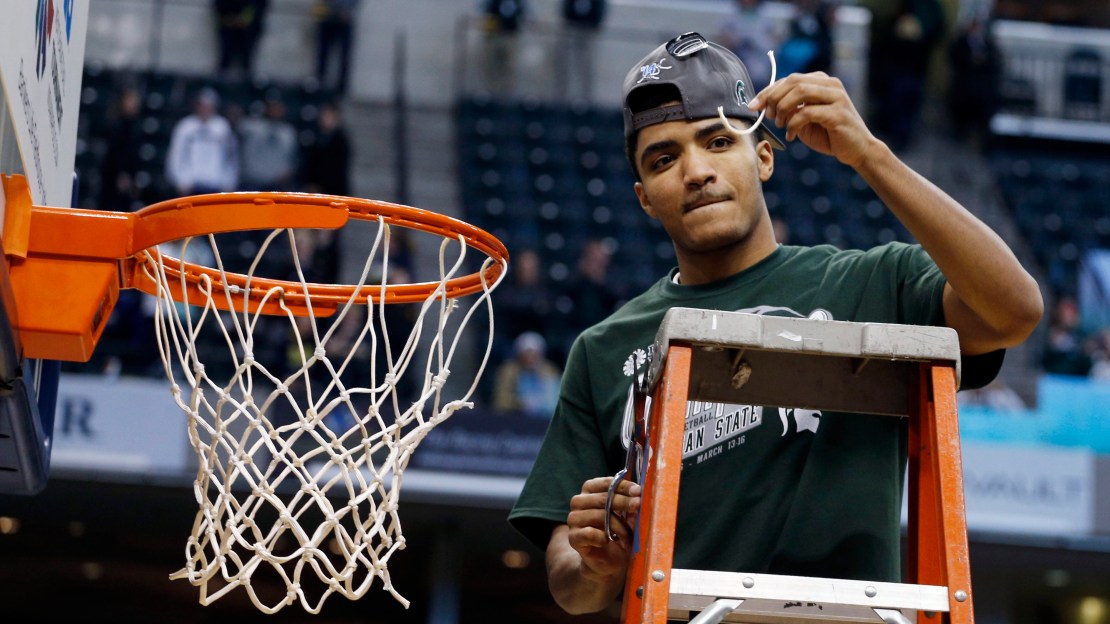 NCAA tourney predictions are all over the internet today. But few are as comprehensive as fivethirtyeight.com's forecaster that calculates the chance each team has of reaching each round. The site reached its results by "taking into account a composite of power rankings, pre-season rankings, the team?s placement on the NCAA?s 68-team S-curve, player injuries and geography.

The site's favorite to win it all? That would be Louisville (15 percent chance), the No. 4 seed in the Midwest. No, that is not a typo.

Big Ten tourney champ Michigan State is the sixth-most likely team to win it all (6 percent), the best of any Big Ten team. It also has a 24-percent chance to make the Final Four, which is tops in in the East Region and highest among Big Ten teams.

Big Ten regular-season champ Michigan and Wisconsin both come in at 3 percent. For the record, fivethirtyeight.com predicts Tennessee to beat Iowa in the first round, and that's why their study only includes five of the Big Ten's six NCAA teams.

See what kind of percentages the site gives your team throughout the dance below.

Chances of advancing to …