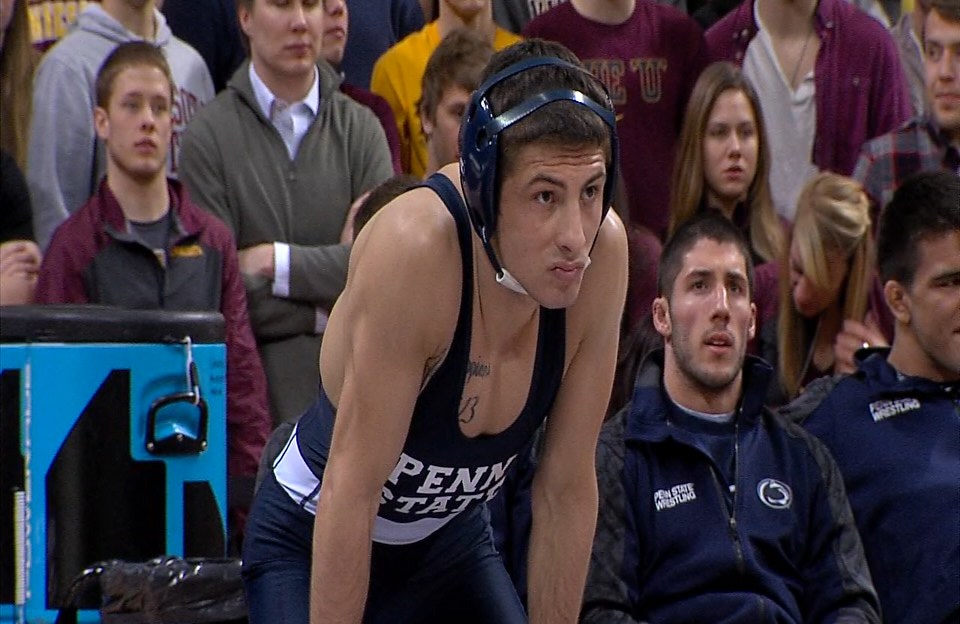 We decided to have a little fun providing a preview to this year's B1G Wrestling Championships on March 8-9 at Wisconsin. BTN wrestling analyst Jim Gibbons, an NCAA champion both as a wrestler and coach at Iowa State, will break down one weight class a day, and pick a winner, each day through March 7. Today, it's the 125-pound weight class.

Pick: Nico Megaludis, Penn State. Last year's NCAA finalists are back, including the champ, Illinois'  Jesse Delgado. Delgado looked very sharp at last year's Big Ten Championships but has not started this year where he left off last season. It's a close call, but I think Penn State's 2x NCAA runner-up Nico Megaludis is due to win a Big Ten title. His attack rate is up and I think he has learned to do a better job of stalking Delgado, who is a master at retreating then attacking. We featured both athletes on our What Makes Them Great segment, and both videos can be seen in this post. The No. 1 seed, Megaludis, has the less stressful route to the finals, which gives him a very slight edge.

I have a lot of respect for Delgado. He has the skills to get a couple more NCAA belts in his career, and this tournament may be the challenge that flips the switch for him. If there is another Mega-Del match, expect it to be decided by a wild scramble like the dual meet and the NCAA finals.

Mr. Upside: Cory Clark, Iowa. Delgado will likely have to go through Iowa's Cory Clark, the No. 3 seed, who I am picking as my Mr. Upside. There is a lot of chatter in Iowa about where the freshman is in his development. He split time in the Iowa lineup with Thomas Gilman, who beat Delgado in the Midlands semifinal. Coach Brands had a tough choice to make. He must feel that Clark has the hot hand.