GIF: Dice roll? Andrew Dakich did it after Stauskas 3 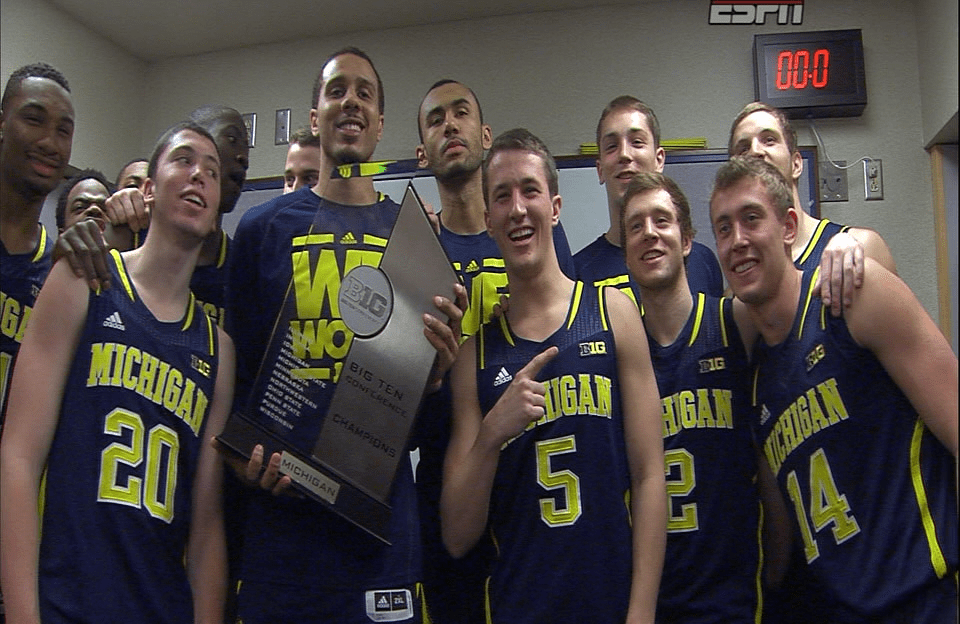 Michigan is a fun team to watch. Nik Stauskas, of course, paces the high-scoring attack that helped the Wolverines claim their first outright Big Ten title since 1986. It's fun to watch the Michigan bench, too, because the reserves are having as much fun as the key contributors. Especially freshman walk-on Andrew Dakich.

Nearly two weeks ago, Dakich delighted the college basketball world an intereseting dance (see below) following a Caris LeVert triple vs. Michigan State. In Tuesday night's win at Illinois, he celebrated one of Stauskas' seven 3s with a perfectly timed dice roll.

Here's Dakich and the rest of the Wolverines with the Big Ten trophy: