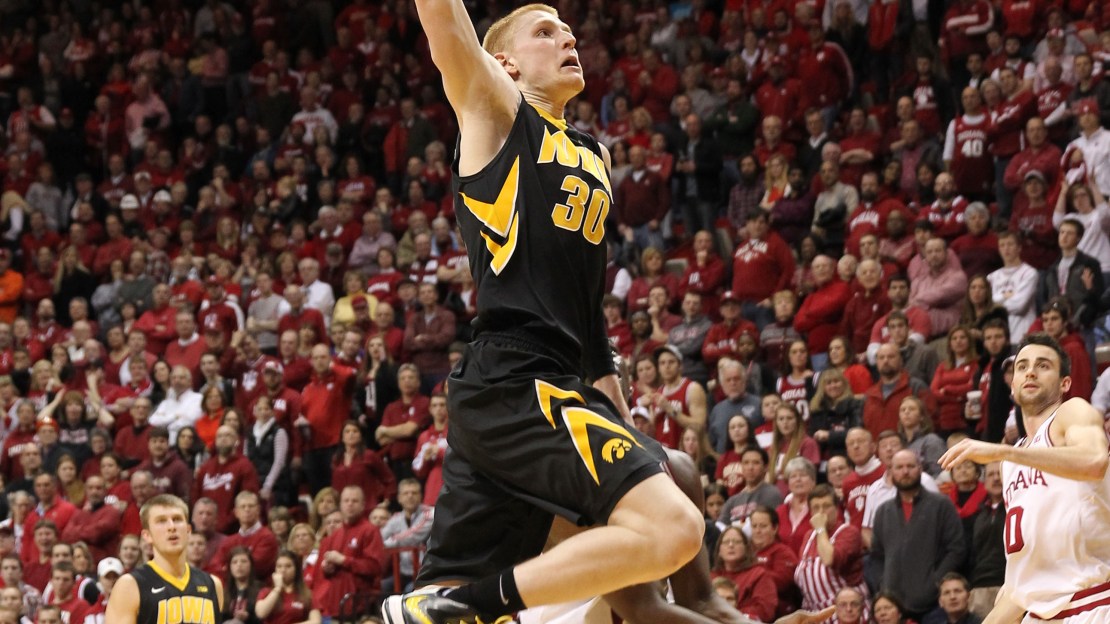 The last week of Big Ten action is at our doorstep. Michigan is looking to wrap up the outright Big Ten title, Wisconsin is looking to extend a seven-game winning streak and make a push for a share of the crown, while Nebraska, Minnesota, Indiana and Illinois are looking to make pushes for the NCAA tourney.

Here?s a look at each game this week. Use our scoreboards for a look at the daily Big Ten schedules, too.

1. Iowa at Michigan State, Thurs., March 6: Both of these teams are wheezing across the finish line. The Hawkeyes ended a three-game skid with a victory over Purdue on Sunday. The Spartans are 4-6 in their last 10 games after opening the season No. 1 in the nation in some polls. Still, there will be lots of talent on the floor. And each team has a massive sense of urgency.

2. Michigan at Illinois, Tues., March 4: This is one of the biggest games of the week. A win would wrap up the Wolverines? first outright Big Ten title since 1985-86. The Illini are looking to extend their winning streak to four in a row as they make a late push for the Big Dance. Illinois? last four foes have been held up 50 points. Michigan is an excellent offensive team. Something must give.

3. Wisconsin at Nebraska, Sun., March 9: This could be a huge game for the Cornhuskers? NCAA hopes. Can they beat a Badgers? club that is the hottest in the Big Ten? Wisconsin has won five Big Ten road games in succession. The Cornhuskers have a Big Ten-best 7-1 home mark in conference games. The only team to win in Pinnacle Bank Arena has been Michigan, by one point way back on Jan. 9. Since then, the Huskers have on seven in a row in their shiny new digs.

[ MORE: Read our complete look ahead for the week in Big Ten hoops. ]

4. Nebraska at Indiana, Wed., March 5: Two teams in desperate search for an NCAA bid. I didn?t think either team would be in this spot for different reasons-the Huskers to be in contention, and the Hoosiers to be struggling to make it. But here we are, as this tilt epitomizes the crazy Big Ten season.

6. Michigan State at Ohio State, Sun., March 9: This game doesn?t have the expected appeal it did in November, as each squad puts the cap on a disappointing regular season. The Spartans have five Big Ten losses; the Buckeyes have eight. Who saw this coming?

[MORE: Tracking the Big Ten Player of the Year race. ]

7. Illinois at Iowa, Sat., March 8: The listing Hawkeyes are looking to gain some mojo for the postseason by winning on senior day for Roy Devyn Marble. This is a must-win for the Fighting Illini if they hope to reach the NCAA tourney.

8. Penn State at Minnesota, Sun., March 9: The Golden Gophers will have had a week to prep for this. Minnesota will want to send Austin Hollins out with a home win on senior day. And the Gophers need a victory to stay on course for a Big Dance ticket.

9. Purdue at Wisconsin, Wed., March 5: The Boilermakers are 2-9 in their last 11 games; the Badgers are the hottest team in the league, riding a seven-game winning streak. I?ll let you draw your own conclusions on how this one could turn out.

10. Penn State at Northwestern, Thurs., March 6: A meeting of two last-place teams. The Nittany Lions are the hotter squad. Since opening Big Ten play 0-6, Penn State has gone 5-5. The Wildcats have lost six in a row. Remember when NU was hot, winning five of seven games at one stretch? Seems like eons ago.