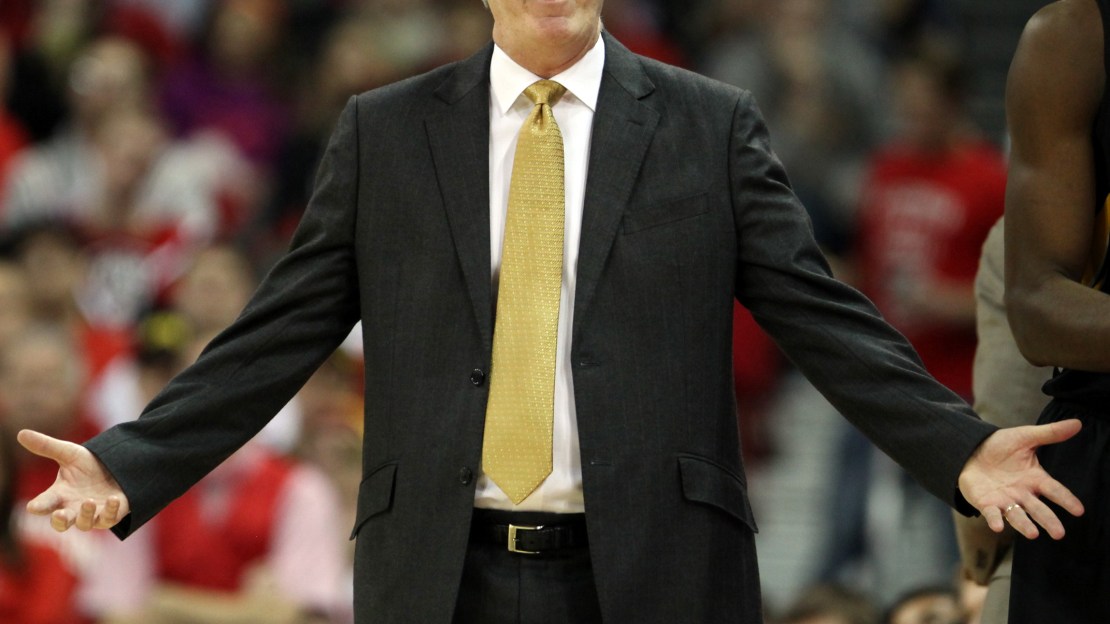 The Big Ten Conference announced a one-game suspension and public reprimand of Iowa men?s basketball head coach Fran McCaffery for violating the Big Ten Sportsmanship Policy during the second half of Iowa?s game at Wisconsin on Sunday.

Here's a look at the McCaffery bobbleheads given away at Iowa last season. Iowa has also been fined $10,000 as a result of the violation. The fine and suspension cannot be appealed.

[ MORE: Dienhart: Let's hope this is the end of it | Watch McCaffery's postgame news conference ]

In a statement released by the school, Iowa says:

The Big Ten determined that McCaffery?s actions toward the officials were in violation of Big Ten Conference Agreement 10.01, which states in part that ?The Big Ten Conference expects all contests involving a member institution to be conducted without compromise to any fundamental element of sportsmanship. Such fundamental elements include integrity of competition, civility toward all, and respect, particularly toward opponents and officials.?

Assistant coach Kirk Speraw will make the head coaching decisions during Thursday game. McCaffery is scheduled to meet with the media in his regular weekly appearance today at 2:30 p.m. ET.

On Monday – after the ejection game but before the suspension was announced – McCaffery participated in the weekly Big Ten teleconference with the media. You can listen to his Q&A session below.