Dienhart: 'I hope this is last eruption of Mount McCaffery' 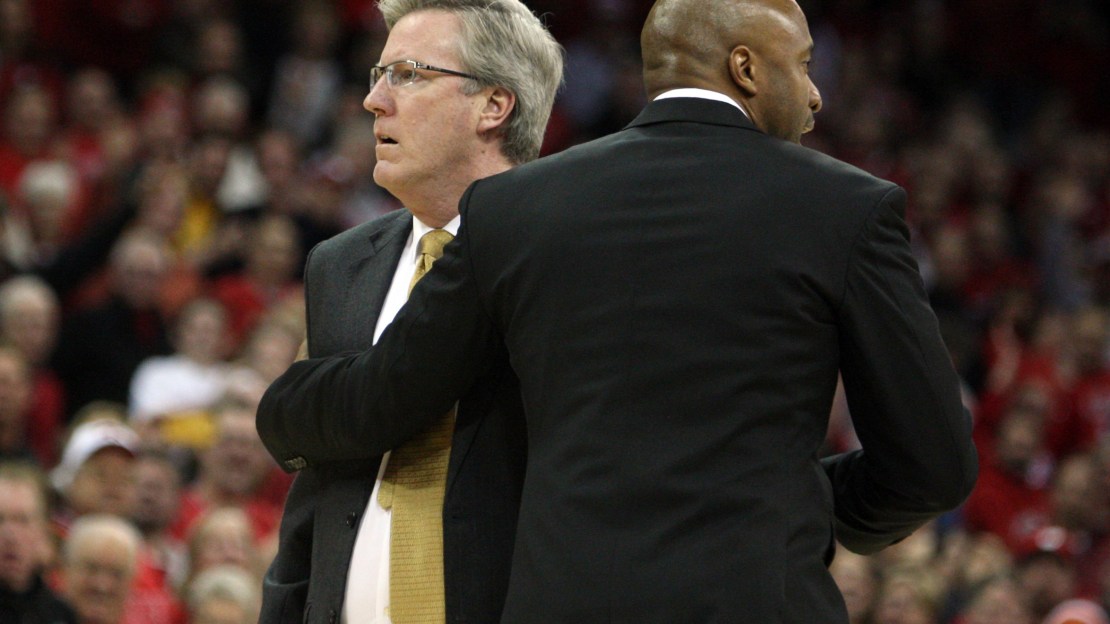 It's not even lunchtime, and Iowa already has issued apologies for Fran McCaffrey's outburst and subsequent ejection from last night's game at Wisconsin. McCaffery was ejected eight minutes into the second half of the eventual loss after getting hit with back-to-back technical fouls.

"I want to apologize for my emotional reaction during Sunday night's game at Wisconsin. I have great passion and respect for the game of basketball and everyone involved in it. I regret that my actions put our program and the University of Iowa in a negative light. I look forward to working with my staff and my players to move forward and compete for a championship."

"I've met with Coach McCaffery regarding last night's ejection from the game in Madison. He knows he crossed a line of acceptable behavior and accepts responsibility for his actions. All staff at the University of Iowa fully support the Big Ten Conference's sportsmanship policy's fundamental elements, including civility and respect toward opponents and game officials. Fran has my full support moving forward."

If you missed it, here's why McCaffery was ejected:

A wild scene just broke out at the Kohl Center, & it resulted in an ejection for Iowa coach Fran McCaffery. WATCH – http://t.co/pywdJ94vaw

This isn't the first time McCaffery has blown his stack. Remember when he slammed that chair?

Oh, and he apologized after that episode, too.

My point: People almost never really change/alter behavior unless they are brought to their knees and suffer dire consequences. No one walks down the street on a sunny day and says: "I'm gonna change how I live my life forever."

Nope, big-time adversity usually is the agent for change. How much adversity and consequence has McCaffery suffered as a result of his behavior?

So, will McCaffery have another blowout? Dunno. Everyone is saying all of the right things now. It's easy to in the aftermath of an event, isn't it? I'm sure employee and boss have talked behind closed doors and parameters have been set-or re-set.

For the Iowa coach's sake, I hope this is the last eruption of Mount McCaffery.