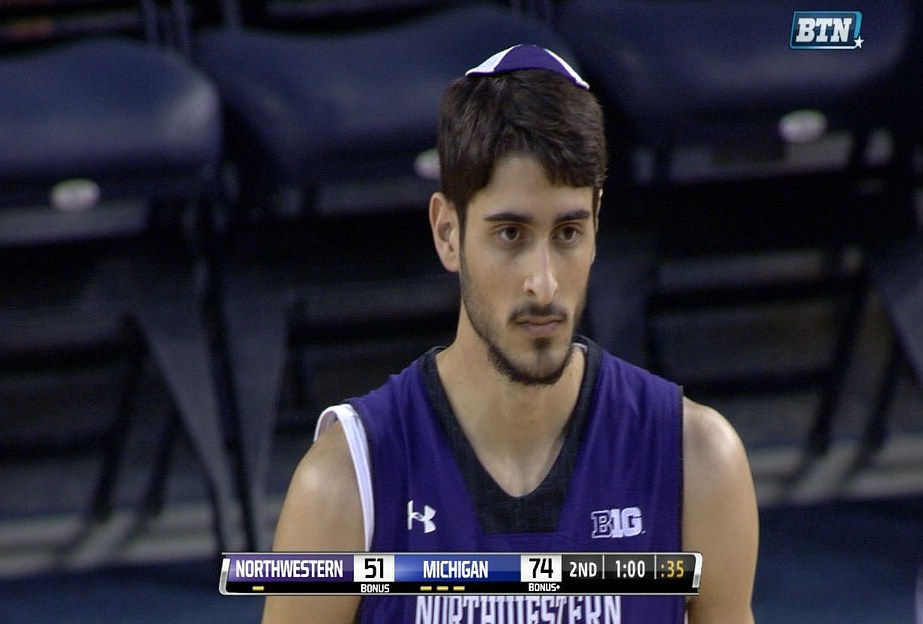 Northwestern freshman Aaron Liberman received his first action in a Big Ten game in Sunday's 74-51 defeat at Michigan. By getting on the court, Liberman became the first player to wear a yarmulke in a Big Ten basketball game. In fact, according to this story, he's only the second Division I player ever to do so.

[ MORE: Michigan runs away from Northwestern ]

Liberman, who spent a year in Israel before coming to Northwestern, didn't tally any stats in his one minute of action in Sunday's loss.

This wasn't a special occasion, either. Liberman wears a yarmulke every game, and he has two (purple and white; purple and black) to choose from.