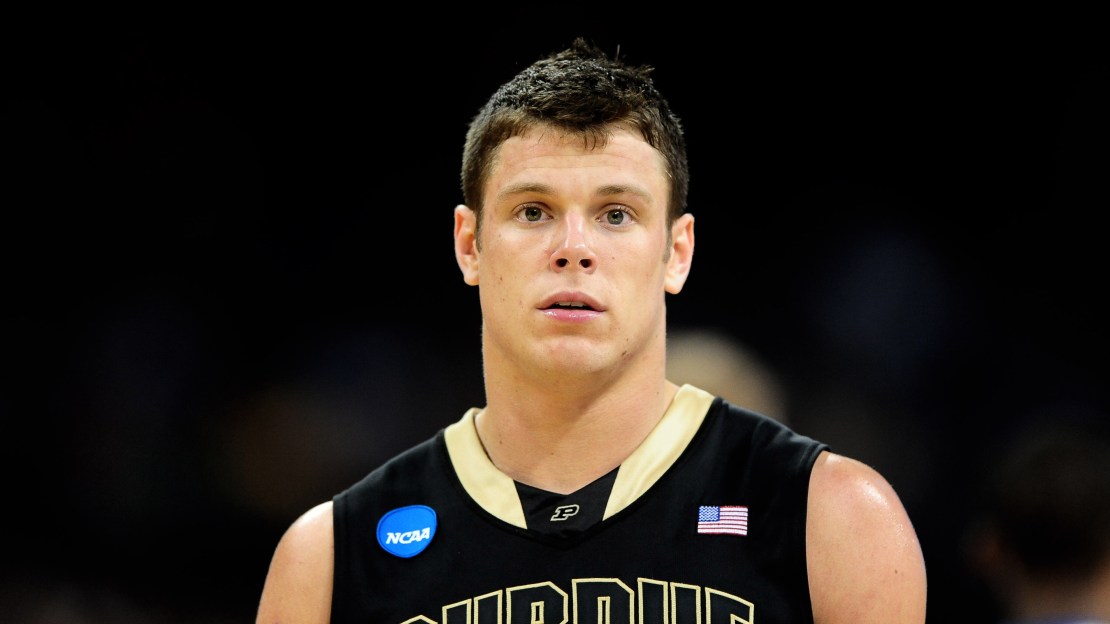 BTN.com recently caught up with former Purdue guard and two-time Big Ten Defensive Player of the Year Chris Kramer. Kramer, who played at Purdue from 2006-2010 and has since spent time in the NBA Development League and Puerto Rico, is in his second season with EWE Baskets Oldenburg (Germany). See his 2013-14 stats here.

Check out our full email Q&A with the Purdue product below.

BTN.com: We'll start off really easy: What was your favorite part of playing at Purdue and in the Big Ten?
Chris Kramer: That is a tough question, to be honest. I had an unbelievable experience at Purdue, and was blessed to have such great teammates and coaches. If I had to choose one thing, it would be the NCAA Tournament. I was very fortunate to go all four years and make two Sweet Sixteens. Lost two games to the eventual National Champion (Florida in '07 and Duke in '10). All of the effort and struggle that went into achieving the goal of playing on the biggest stage in college basketball is what made everything worth it.

BTN.com: If you could play one more game in a Big Ten arena, excluding Mackey Arena, which would it be?
CK: Breslin Center. Hands down, it's the most creative student section. They did their homework every time we played, they had hilarious signs and pictures that they created trying to distract us while playing. My senior year a few buddies were at the game and the signs were so funny they tried to find the guy after the game, but were unsuccessful. BTN.com: How often do you get to watch the Boilers, and what are your expectations for them in  2013-14?
CK: I haven't been able to watch the Boilers much this season, but still try to gamecast or check the scores when I get home from a game. I don't think many people are expecting anything from Boilers this year. Personally, I think they have the potential to be a very competitive team in a very good league. The key for Purdue is staying out of foul trouble (Hammons) and making good decisions with the ball. If they can get Hammons to be the dominant force he was against IU last season consistently, take good shots/take care of the ball, and knock down free throws, they can compete with anyone.

BTN.com: What's been your favorite road trip in Europe, and why?
CK: Although I have been over here for a few years, I still have yet to see some of the places I really want to see. Paris, Barcelona, Madrid, to name a few. I really liked Munich, Germany. It has everything that you would want a big city to have. Great restaurants, shopping, and sports. They have the best soccer team in the world right now. I want to attend a game, but Munich is not exactly close to where I am playing. BTN.com: When you see Robbie Hummel playing in the NBA, what kind of emotions do you get?
CK: Pure excitement! I am so happy for a good friend of mine that so many people counted out to keep working and grinding until his dream of playing in the NBA was fulfilled. I know that he is very happy that he made it, but now is hungry to stay in the league and have a great career. He has done some good things for the T'Wolves and seeing the way the guys on the team and coaches talk about him is awesome.

BTN.com: Speaking of Hummel, I see you're wearing No. 4 with your team. Coincidence?
CK: Haha. In the German league you cannot be numbers 0-3, for some reason. I was 23 my first year overseas, but after coming to the team I am on now, that number was taken. So, I chose 4. It had nothing to do with Rob though. Just how it all played out.

BTN.com: I consider Aaron Craft to be Chris Kramer 2.0. First, your thoughts? Second, how satisfying was it being the player opposing Big Ten fanbases respected so much that they booed you?
CK: I have heard that many, many times. I think we both succeed in defense, but are strengths were sort of different. He is what I call a "ball hawk." He will pick you up full court and make you work and work to get into your offense. He wears people down and you can see people basically just hand him the ball sometimes. I was a good on-the-ball defender, but I think I was best at chasing guys off screens and arriving with the ball so they can not shoot. I have great respect for the way Aaron plays, and the adjustments he has made to the way the game is called by the refs. I saw Coach Painter said something about him and I completely agreed with him. He said that Aaron just imposes his will on his team and the game. He is the leader and catalyst of the team. He sets the tone and everyone else feeds off of him.

I loved it and thrived for it. I am sure he does the same thing. It is a definite sign of respect in a sense that they hate you playing against their team.

BTN.com: Tell me a quick story about your favorite or funniest interaction with an opposing Big Ten fanbase.
CK: The funniest interaction with the fans was at Michigan State. As you know, the students are there when the teams are shooting around in pre game. Well, we are out there shooting around and my teammate Chris Reid has his headphones in and listening to music just doing his thing. Chris was shooting 3s and airballed a few in a row and every student in the arena let him hear it. It was so bad that he went over to the bench and sat down. He just put his head down and acted like he couldn't hear the fans chanting at him. It was one of those…you-had-to-be-there moments.

BTN.com: I'll leave you with a fun one: How often do people recognize your mom after all the TV time she got during your Purdue career?
CK: Haha. I would say that it has worn off compared to what it was before. I think now more people recognize my dad because he's so tall and people know he refs high school basketball. They both get their fair share of people noticing them, but I know they really enjoyed the time I was at Purdue, and that's all that matters.