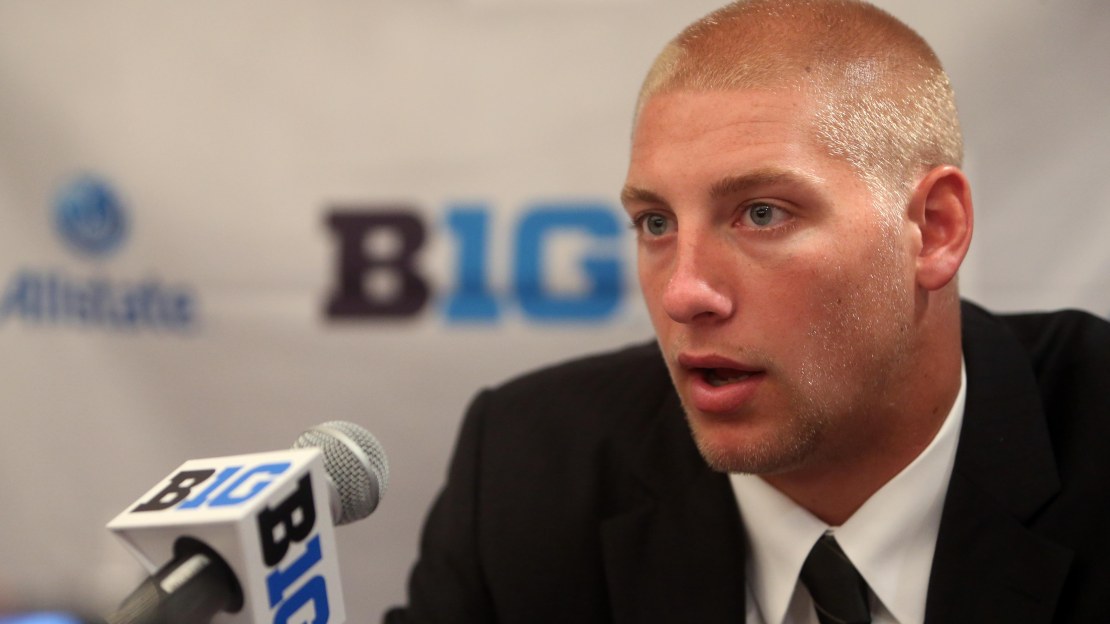 It was shocking to see the news release from Michigan State. It was so pragmatic, so succinct, so short, so to the point and so disappointing. ?Max Bullough has been suspended for the remainder of the season for a violation team rules.?

Just like that, the career of one of the greatest Spartans ever is over in the grim, black-and-white reality of a cold email release late on Christmas Day.

It wasn?t supposed to end like this for Bullough. The senior was Mr. Spartan, Michigan State royalty with Green and White blood coursing through his veins. Bullough?s dad Shane was a Spartan captain in 1986. Two uncles laid it on the line for Michigan State, too. Little brother, Riley, is on this glory-dripped Spartans club that already has a special place in the heart of MSU fans.

[ MORE: Read our Big Ten bowl previews | Look back with our season reviews ]

What must Riley be thinking? What all of us are thinking: What?

Again, it wasn?t supposed to end like this for Bullough. The script to his career was supposed to be punctuated with a multi-tackle effort in sun-splashed Rose Bowl victory over Stanford on Jan. 1.

The thick-necked 6-3, 245-pound Bullough arrived in East Lansing from St. Francis High in Traverse City, Mich., as a man on a mission in 2010: To return the Spartans to greatness. And that meant returning the Spartans to the Rose Bowl, a destination the program hadn?t been to since the 1987 season.

But, the Pasadena experience won?t be the same without No. 40 prowling the middle of Mark Dantonio's Michigan State defense.

Bullough was more than a tackling machine for a program that has gone 41-12 the last four seasons with two Big Ten titles. He was a leader. He was a heart. He was a soul. Now, that leader, heart and soul has been gutted from a Michigan State defense that was the lifeblood a 12-1 Spartans team that dominated the Big Ten in 2013 like few other schools have in the history of the conference.

The Spartans still will have plenty of talent on the field for their defense when MSU faces Stanford. There?s cornerback Darqueze Dennard, end Shilique Calhoun, safety Isaiah Lewis and linebacker Denicos Allen, among others.

But none are Bullough, a two-time team captain and first-team All-Big Ten choice.

Defensive coordinator Pat Narduzzi will turn to guys like senior Kyler Elsworth and sophomore Pat Rhomberg to fill Bullough?s void. Of course, they can?t. No one can.

So, instead of leaving campus a triumphant hero, Bullough has left amid a cloak of shame with what is for now an inexplicable suspension. The team?s most selfless player has apparently committed a selfish act that has resulted in a dubious conclusion to one of the greatest careers in school annals. We are left with no explanation. Just the statement by the school:

?It is extremely disappointing for all parties involved. We will stay focused and close ranks as we prepare for Stanford on Jan. 1 in the Rose Bowl. Max will forever remain a Spartan and valued member in this team?s achievements.

?We will have no further comment on this issue.?