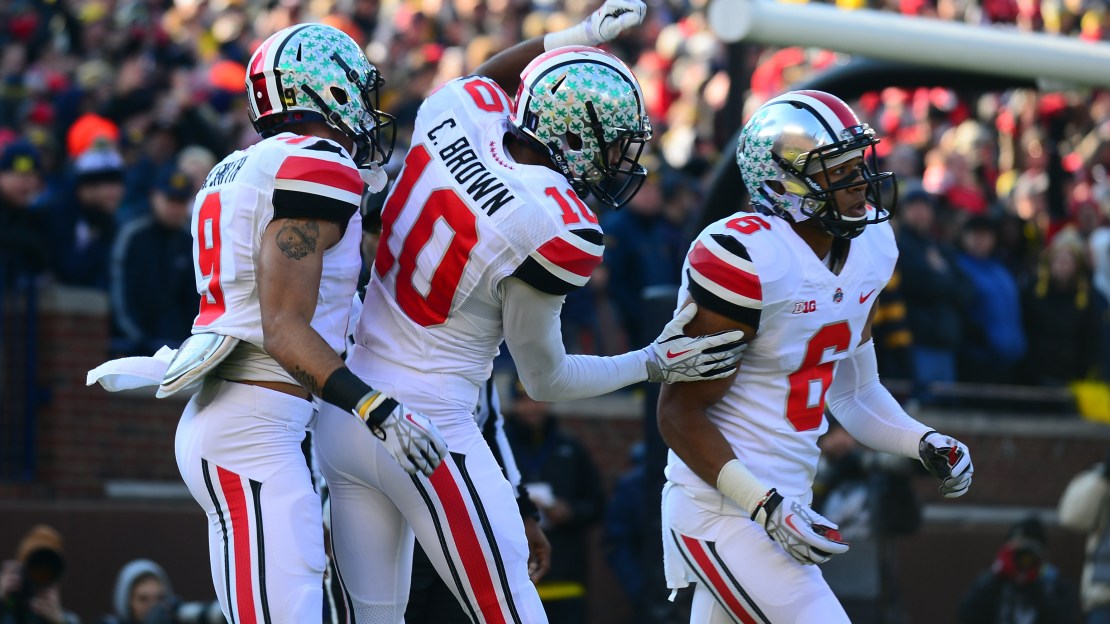 As I suspected, Ohio State ascended from No. 3 to No. 2 in the BCS standings following its win at Michigan and the loss of BCS No. 1 Alabama to BCS No. 4 Auburn on Saturday.

In the just-revealed BCS standings, the Buckeyes are behind No. 1 Florida State. Auburn moved from No. 4 to No. 3 in the BCS standings. Alabama is No. 4. The Buckeyes have a .950 BCS score; the Tigers have a .923.

The fact Ohio State is 12-0 and Auburn is 11-1 is the primary reason why the Tigers didn?t leap over the Buckeyes, as some thought may happen after Auburn?s big win over the top-ranked Crimson Tide. Auburn's loss was to LSU.

OSU?s foe figures to be Florida State, as long as it beats Duke in the ACC title game this Saturday.

Ohio State last played in the BCS Championship after the 2006 and 2007 seasons, losing to Florida and then LSU. The Buckeyes won the Big Ten?s last national title, upsetting Miami (Fla.) in the Fiesta Bowl after the 2002 season.

If Michigan State loses to Ohio State in Indianapolis this Saturday in the Big Ten title game but still is ranked No. 14 or higher in the final BCS standings, the Spartans are likely to be tabbed to fill an at-large BCS bowl slot. MSU never has gone to a BCS bowl, and last went to the Rose Bowl after the 1987 season. A close loss to OSU may keep MSU in the top 14. A blowout loss to the Buckeyes?

[ MORE: Michigan State vs. Ohio State: This is what good football looks like ]

If Michigan State beats Ohio State in the Big Ten title game, the Big Ten won?t have a team in the BCS title game. And, under that scenario, the Spartans would go to the Rose Bowl. The Buckeyes still would figure to be a BCS at-large team as long as they ranked in the Top 14 of the final BCS standings. A close loss to the Spartans would figure to keep OSU in the top 14.

Stay tuned. There?s a lot of football left to be played-and a lot of crazy things still can happen.