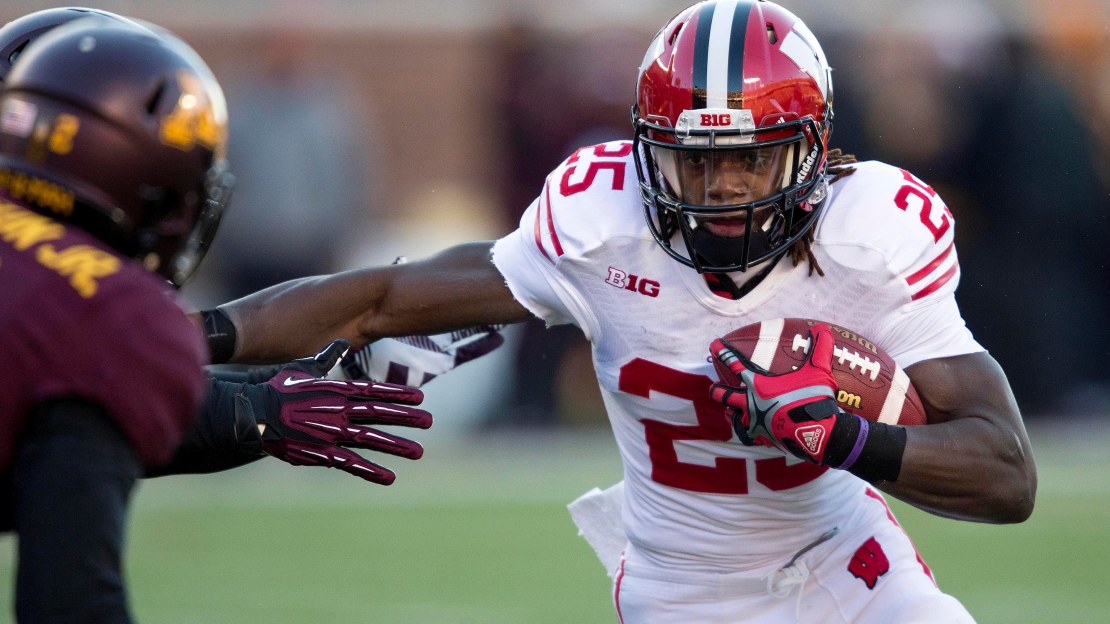 1. Carlos Hyde is gonna rush for 100 yards at Michigan. Heck, he may rush for 150 yards. Hyde has eclipsed the 100-yard rushing barrier in the last six games. There isn?t a hotter running back in the Big Ten.

2. Purdue will lose at Indiana. And, it will be ugly. The Hoosiers will take out their frustrations on a 2013 Boilermakers team that will go down as the worst in school history.

3. Michigan State will have no problems with Minnesota. This is a motivated Spartans team that wants to enter the Big Ten title game with a bang. Besides, the Gophers lack the offensive balance to have much if any sustained success vs. this rugged Michigan State defense.

4. Nebraska will find a way to win a close game vs. Iowa. This is a tough, resilient team that feeds off of Bo Pelini?s steely will. Each time the Cornhuskers have faced adversity, it has responded.

1. Michigan will challenge Ohio State-at least for a half. The Wolverines will play with pride on their home field, giving the Buckeyes some fits for the first 30 minutes. But Ohio State will assert control in the second half en route to posting a victory to cap another 12-0 season.

2. Many people think Iowa needs to beat Nebraska to truly have a good season. It seems wins over Missouri State, Iowa State, Western Michigan, Minnesota, Northwestern, Purdue and Michigan aren?t impressive enough for some. No doubt, a victory in Lincoln would be a signature win for Iowa and further validate all that Kirk Ferentz and Co., and have done in 2013 after a difficult 2012 season.

3. Northwestern may be the best 0-7 Big Ten team ever. I think the Wildcats are better than Indiana and Illinois, and certainly are better than Purdue. NU will get to show it?s superior to Illinois this Saturday. The Cats didn?t play Indiana this season, or 0-7 Purdue. Could NU have beaten Penn State? Hmmm.

1. A win over Iowa would make Bo Pelini 9-3 this season. That would mean Pelini had won nine or more games in each of his six seasons in Lincoln. Yet, he is under scrutiny?

2. Every Big Ten team that Northwestern has lost to has a winning overall record. Bottom line: This has been a tough league schedule for the Wildcats. Not a good recipe for a team that has dealt with a lot of injuries, especially on offense.

3. Minnesota is going to have a difficult time moving the ball and scoring on Michigan State. The Gophers had a scant 185 yards and no offensive touchdowns vs. a very good Wisconsin defense last week. I don?t see things being much better in East Lansing.

4. Penn State doesn?t need to win at Wisconsin to have a successful season. Nope. Finishing with a 6-6 record will be just fine for the Nittany Lions as they continue to deal with sanctions that have them down to 61 recruited scholarship players.

1. Penn State has allowed 350 or more yards in 14 straight conference matchups. The only current BCS conference team with a longer such streak is Baylor (27).

2. Nebraska has rushed for at least 120 yards in 37 consecutive games. The only FBS team with a longer streak is Army (47).

3. Michigan is rushing for 32.5 yards per game on the ground in November.

4. Indiana has scored a combined 17 points the last two games, losses to Wisconsin (3) and Ohio State (14). IU hasn?t scored fewer than 28 in any other game this season.