Get ready for No. 1 Kentucky vs No. 2 Michigan State 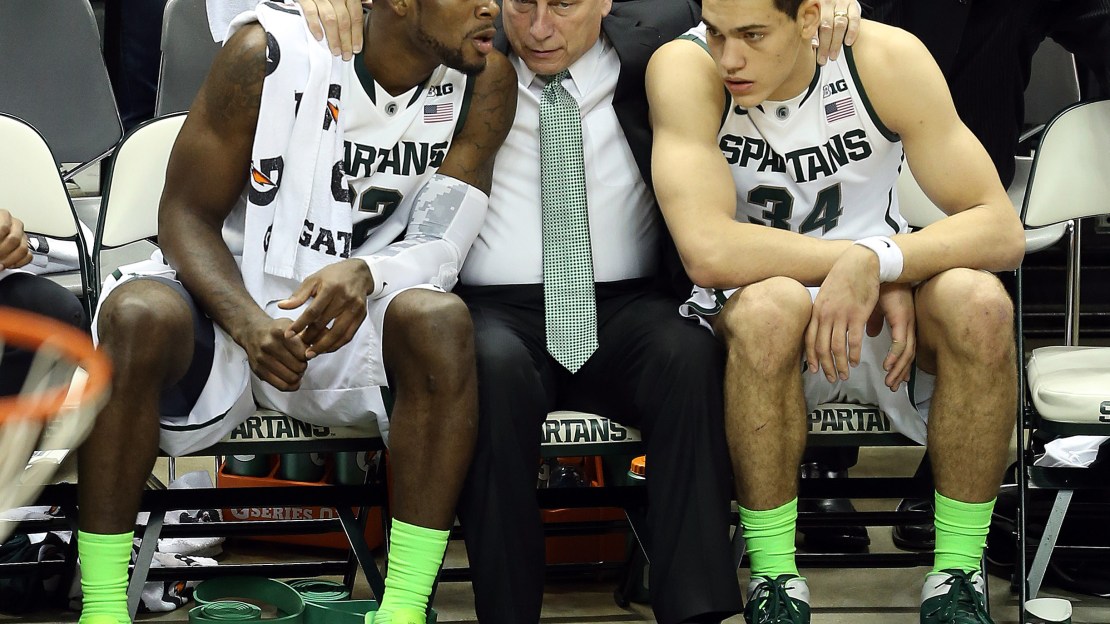 Back to the headliner of the night: Kentucky-Michigan State is going to be a dandy. Honestly, it doesn't get much better than Tom Izzo vs. John Calipari. Forget the iconic coaches, it will be a blast to watch future pros like Gary Harris and Adreian Payne go up against Kentucky's handful, if not more, of future NBA guys.

No doubt, the Spartans will be ready and motivated to battle Kentucky.

Wheels up for chi-town. We are about to make some noise. Let's eat #spartandawgs

And could they introduce a new shoe? Here's what Travis Trice tweeted:

And now to some previews to get you ready for the game.

Tom Izzo says tomorrow's No. 1 vs. No. 2 game is a win-win situation for Michigan State. http://t.co/pofeD304rA

This will not be CUPCAKE CITY!http://t.co/fgIXA2Xvip

.@Graham_Couch: Michigan State vs. Kentucky is a battle for what's right in college basketball http://t.co/8YzdlOKUCS

John Calipari says next week's game vs. Michigan State is "not fair" to his young Kentucky team. http://t.co/TCMyMeTEp4

Poll Patrol: Michigan State basketball vs. Kentucky in the polls, how the Cats came out on top http://t.co/9WVrPBdbVh