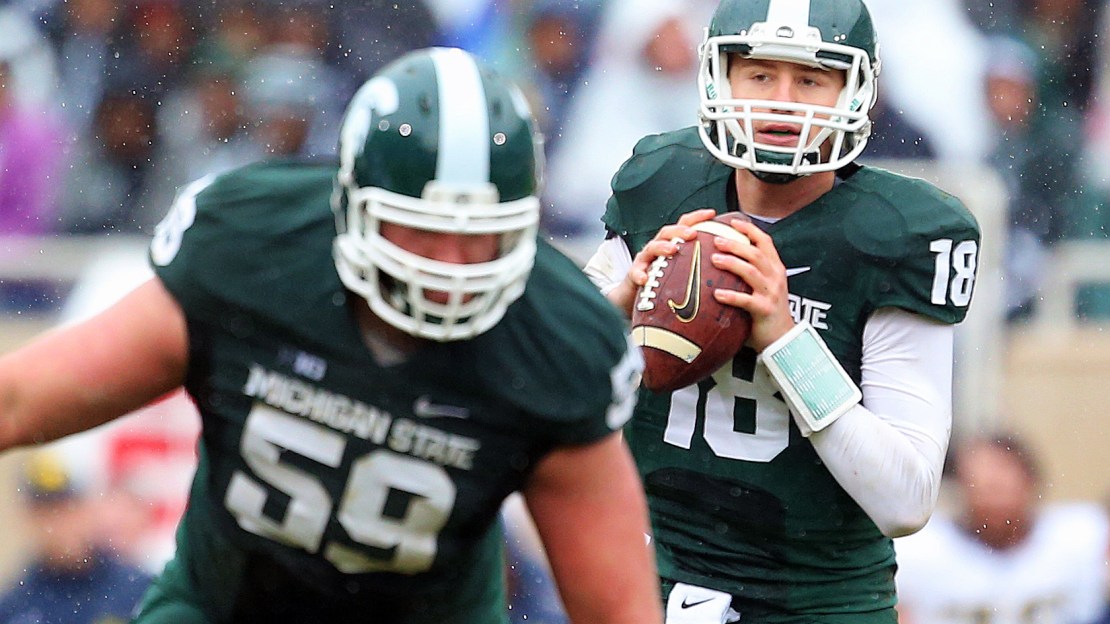 Illinois, for the first time ever, went with a blue helmet, white jersey and blue pants Saturday at Penn State. Prior to the game, the Illini had worn white pants, paired with the new orange primary lid, in its only other away game.

With a half-dozen helmets to choose from, Indiana went with a retro look for Saturday's homecoming game vs. Minnesota. The helmet featured only player numbers, and no IU logo.

Like it did for last year's Michigan game, Michigan State went with a special look Saturday vs. Michigan. This year, it was an all-green combo.

Minnesota has several combinations to work with, and it went with a white jersey and gold pants for the first time this season at Indiana. The Gophers, who debuted the look last season, now have worn all of their pants (white, maroon) on the road this season. Purdue went with a SLOW reveal for its Black Out helmet vs. Ohio State. It was so slow, in fact, the Boilermakers didn't debut the lid until the team took the field for kickoff. Purdue, which released a tease video earlier in the week, warmed up in its primary helmet.