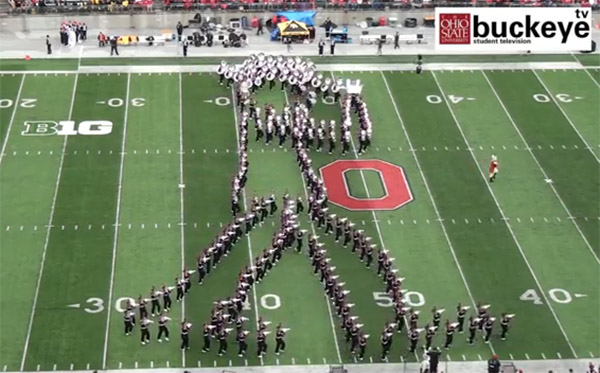 You don't get to be known as "The Best Damn Band in the Land" without putting together some unforgettable halftime performances. Well, the Ohio State band lived up to its nickname, and then some, Saturday afternoon. Quite simply, the band's "Michael Jackson Tribute" was nothing short of fantastic.

And, how about the moonwalking?! The band members did it while forming Michael Jackson's body. It was a sight to see. Luckily, OSUBuckeyeTV's YouTube page captured the performance.

Go directly to the moonwalking.