NCAA: 'The Game' is No. 2 college football rivalry 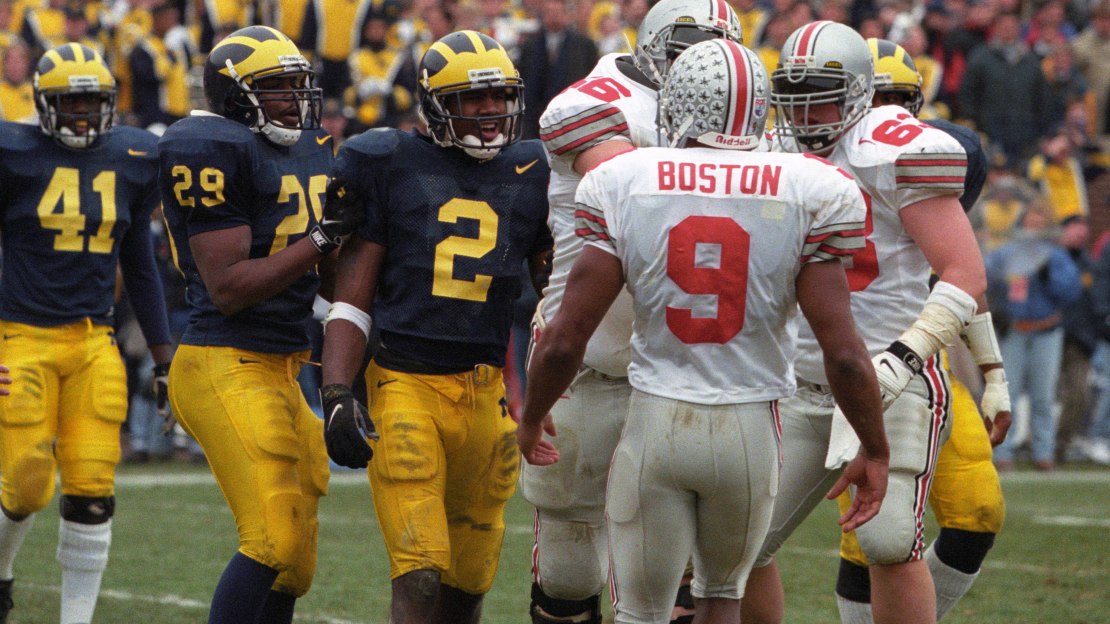 What's the biggest rivalry in college football? NCAA.com recently addressed the topic with a top 5 list. Its No. 1: Army vs. Navy. It's the No. 2 game on the list, however, that Big Ten fans will find of interest: Michigan vs. Ohio State. Known as "The Game," Michigan-Ohio State is the lone Big Ten rivalry to make the cut. See the full NCAA.com top 5 in this post.

What did NCAA.com say about Michigan vs. Ohio State?

"From Schembechler and Hayes to Meyer and Hoke, these teams have never played for a trophy, unless you're referring to the 10 Heisman trophies and 18 national championship trophies 'The Game' has spawned."

It's hard to complain about this list. As great as The Game is, no rivalry tops what Army-Navy bring to the table – even if it isn't as important to the college football landscape as it once was. The three games behind "The Game" are all fantastic rivalries that would land on just about anyone's top 5.