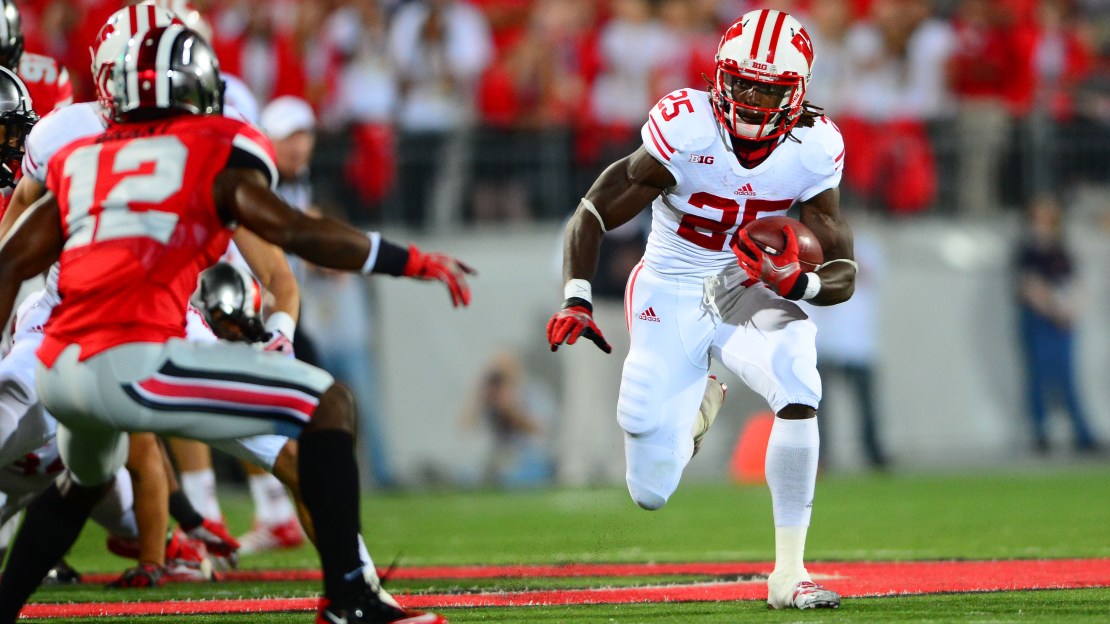 I've said it several times: College football polls shouldn't come out until at least October. You know, until we see what the teams look like and how they perform against quality competition. Well, with the calendar flipped to October, that means we've seen enough football to also consider other things. Like, for example, player rankings. View my first Big Ten player rankings of the season in this post.

1. Ohio State quarterbacks. Braxton Miller or Kenny Guiton, it doesn't matter. The duo has combined to win the last three Big Ten Offensive Player of the Week awards, and it has thrown 16 touchdown passes in the last four games. Useless stat: That's the same number of scoring strikes white-hot Peyton Manning has through four weeks.

2. Melvin Gordon, RB, Wisconsin. I know, I know, Gordon's Badgers are 3-2 and the dynamite back is fresh off his worst game of the year. It wasn't THAT bad (15 car., 74 yards), though, especially when one factors in he missed most of the fourth quarter due to injury. He's still averaging 10.3 yards per carry, including 8.9 at Arizona State and Ohio State.

3. Chris Borland, LB, Wisconsin. The Tasmanian Devil, as cohort Tom Dienhart so appropriately refers to him, Borland is fresh off an eye-popping 16-tackle effort in Wisconsin's 31-24 loss at Ohio State. Whether he's playing in a 4-3 or 3-4 scheme, Borland's always around the ball and making plays.

4. Shilique Calhoun, DE, Michigan State. Arguably the most feared player on the Big Ten's elite defense, Calhoun is a quarterback's nightmare and a big-time playmaker. In just four games, he's racked up eight quarterback hurries, to go along with a pick-6 and three fumble recoveries, two of which he's returned for a score.

5. Mark Weisman, RB Iowa. The Hawkeyes workhorse hasn't found the end zone as much as other Big Ten backs, but he wears down defenses and keeps the chains moving. In five games, Weisman already has four 100-yard efforts, including Saturday's 147 yards at Minnesota.