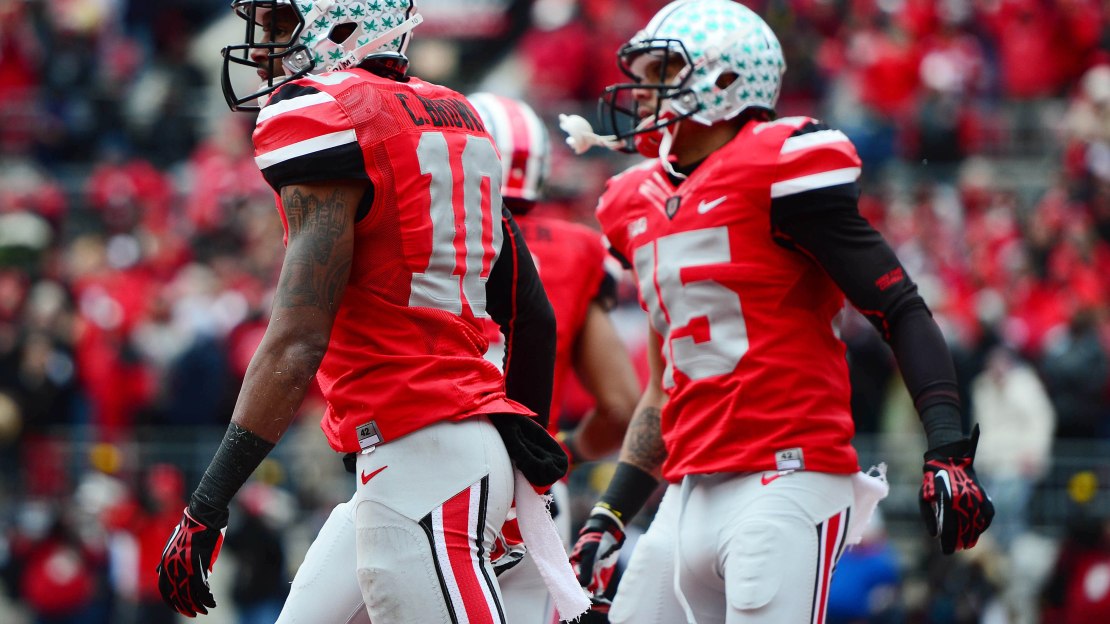 It's official: Ohio State will wear a Nike "Rivalry" uniform Saturday night vs. Wisconsin. Urban Meyer confirmed the news Wednesday night, this after Andrew Holleran of BuckeyeGrove.com sent out this tweet and Ben Axelrod of BuckeyeSports.com this tweet.

The Buckeyes wore the same alternate in last season's win over Michigan. This year's version, according to landgrantholyland.com, will be very similar to that one, pictured above. In fact, the only expected difference is a redesigned collar.

So, get ready for a helmet that features a very thick stripe down the middle, a black facemask and a bunch of green Buckeye Leaves. Also, a jersey with black nameplates and gray numbers.

According to reports, the Buckeyes are expected to wear a road "Rivalry" uniform in the season finale at Michigan. They also may wear the home version one more time for a to-be-determined game.

Wondering why the uniform is called "Rivalry" and not "Pro Combat," like before?