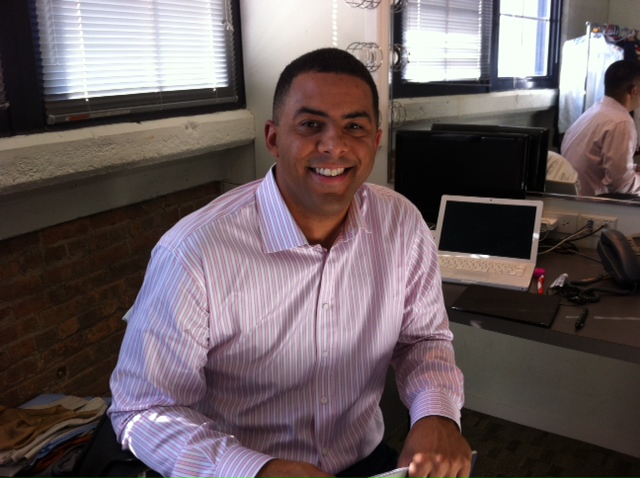 Michigan fans know it all too well. Devin Gardner is in a funk, and it's played a role in the Wolverines struggling against far inferior foes. The junior has committed 10 turnovers, including eight interceptions, and is fresh off his worst career performance (11-23, 97 yards, 0 TD, 2 INT). So, what's wrong with Michigan's signal-caller?

We asked BTN analyst Derek Rackley (@drack48) for the answer to that question, in addition to four other hot topics around the Big Ten.

BTN.com: What's wrong with Devin Gardner?
Derek Rackley: Oh, man, I wish I had the easy solution to that, because if I did Brady Hoke would probably pay me a lot for it. You know, I think with quarterbacks, or any player really, if you start to press when you know you've had an issue with turnovers, it can kind of become more of a mental problem. From a physical standpoint, is Devin Gardner not tucking the football away properly, is he making bad reads, does he have bad mechanics? I wouldn't go that far. The biggest thing with Michigan is that they've been in a lot of close games, and I think Devin Gardner is realizing he has to make a play so his team can win the football game. Sometimes when you're overly concerned with making a play, you force balls into areas where they shouldn't be thrown or you try too hard to make something happen.

BTN.com: How can Wisconsin continue its ground dominance vs. a defense like Ohio State?
DR: It's stick to what they do well. What's great about what Gary Andersen has done is he realized what he had talent-wise, and he didn't change what he had. I think it's just changing the looks up, and that's what Wisconsin has been doing. They'll go off-tackle, they'll go speed-sweep, they'll put the running backs in the slot. If Ohio State can never really pin down where they're going to be, they're going to continue have success running the ball.

BTN.com: How should Michigan State fans feel about the quarterback situation this week?
DR: Concerned! I think if (Andrew) Maxwell does not come in on that final drive, they probably think, "OK, we lost the game, the quarterback didn't play all that great, but at least we still know who our starter is." Instead, we see Maxwell come in on the final drive – he hadn't played in almost two full games. He comes in, throws three incomplete passes, they have a penalty, and it was game over. It's just really tough to create confidence, consistency in an offense when you're bouncing back and forth between different guys.

BTN.com: Which team should feel better about itself heading into the Floyd of Rosedale game?
DR: That's a very good question. I think Minnesota, probably, because they're 4-0, they've handled their business in the nonconference slate, they did go on the road and get a victory, albeit it wasn't a very good team (New Mexico State). And they're doing it in what I think is the better way, which is being able to be a running team. Don't get me wrong, we know Iowa is a running team, as well. But if I had to pick and choose between a team that was a great passing team and couldn't run versus a team that could run the football all game long, I would take the team that could run all day long. You've got to be able to run the ball, and Minnesota has shown us that it can do it.

BTN.com: Four weeks in, what's your biggest surprise?
DR: My biggest surprise is the fact that some teams that we expected to be improved, as far as the product on the field, that's not happening. Nebraska's looked very shaky and Michigan's having problems with inferior opponents. On the flip side of that, Northwestern has in fact continued its momentum from last year and Ohio State has been pretty strong. I mean, 16 straight, call it what you want as far as who they've played, but they're in the top 5 and they just keep winning.