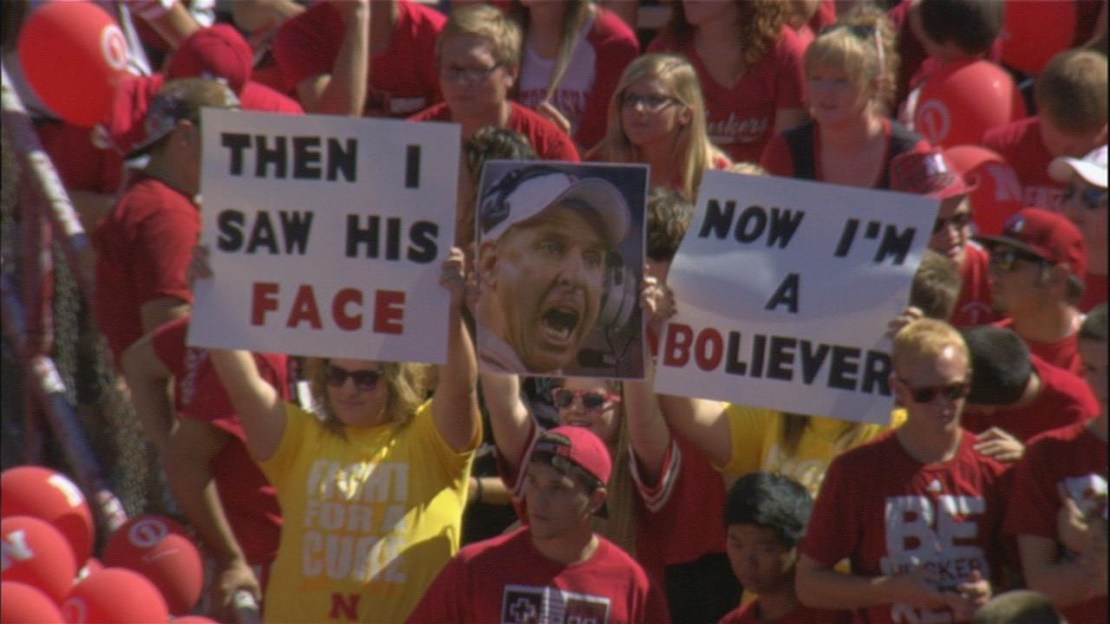 It was one of the hottest questions heading into today's South Dakota State-Nebraska game: How would Nebraska fans react when head coach Bo Pelini jogged onto the Memorial Stadium on Saturday?

As you can see here above, there were some boos heard in the crowd, which was expected after Pelini's disparaging remarks about Nebraska fans following a 2011 comeback victory over Ohio State. But for the most part, it looks like the cheers did indeed outnumber the jeers.

Check out this fun photo of Nebraska fans showing support for their head coach.