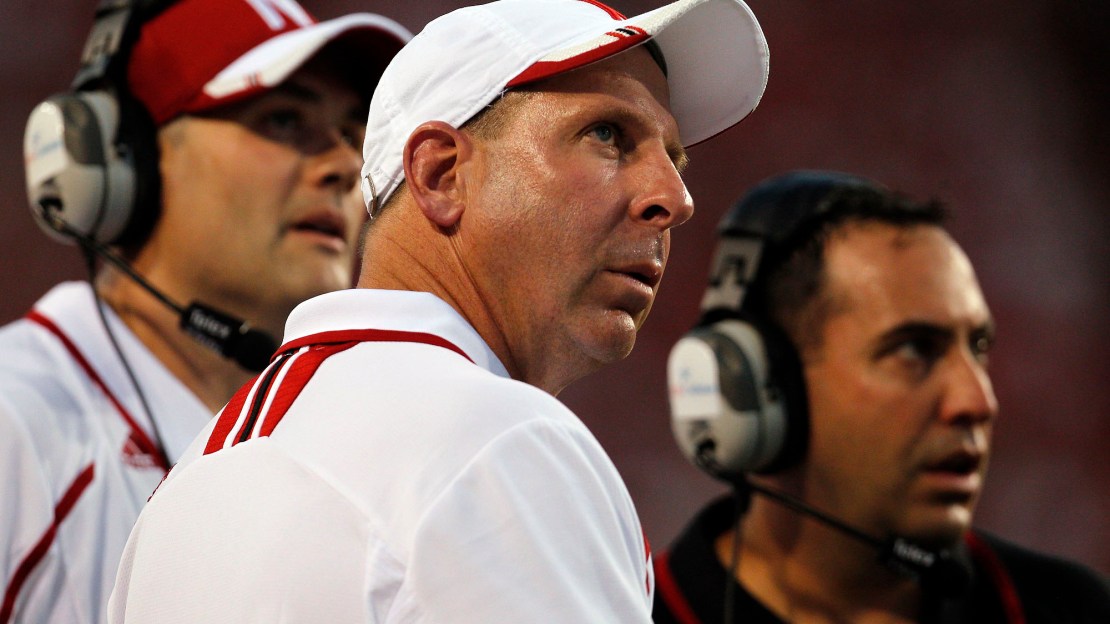 Bo Pelini has to feel better knowing he has the support of Nebraska chancellor Harvey Perlman and A.D. Shawn Eichorst. The duo issued a joint statement Wednesday in support of Pelini. So, too, did Nebraska legend Tom Osborne.

"The comments made by Head Football Coach Bo Pelini in 2011, published Monday, are unfortunate and deeply concerning to us, as they would be to anyone who loves this university. Our coaches, staff and student-athletes must be held to a high standard and Coach Pelini's remarks were unfair to the legions of Nebraska fans and not what we expect from a representative of this university. Former Director of Athletics Tom Osborne became aware of these comments and the existence of a recording more than a year ago, and addressed the matter with Coach Pelini. We have observed, and many others have commented, that Coach Pelini's demeanor has significantly improved since the time of this incident. Coach Pelini has given us his assurance that he understands the seriousness and inappropriateness of his comments. We believe he is sincere in his apology and in his regret. We are prepared to put the matter to rest. Our football student-athletes, coaches and staff deserve all of our support and we know the Nebraska faithful will be there for them."

Now, Pelini can move forward and focus on his 2-1 football team, which still has a lot to play for after last Saturday's disappointing 41-21 loss to UCLA. The defense needs to be sorted out, and offense needs a tighter focus.

Still, it will be interesting to see how the Nebraska fan base reacts to Pelini during Saturday's home game vs. South Dakota State after Pelini was recorded making disparaging remarks about the fans on a secret recording. No doubt, stacking wins on top of each other will make him very popular once again in the state.

"I was asked for comments concerning the recent incident involving Coach Pelini by members of the press and felt that it was inappropriate to respond until University officials had reviewed the situation.

"After the comments were made public on Monday, I informed the Chancellor and Director of Athletics that I had become aware of the tape involving Coach Pelini last fall, about a year after the Ohio State game in 2011 when the comments were recorded. After I had listened to the tape I visited with Coach Pelini about it and expressed my concerns. Bo had not heard the tape at that time.  I visited with all my coaches regularly about their conduct and language throughout my tenure as Athletic Director.

"While the comments were certainly not good, I realized that Bo had gone through an emotional week and an emotional game and was in a setting where he thought his comments were entirely private. I visited with Bo on a weekly basis and did not find that his attitude toward the fans or the press as expressed by those comments were at all in keeping with what I knew his true attitude to be. He understands that the most important asset the Athletic Department has is the amazing fan support that we enjoy.

"Bo's academic record with the football team has been the best in my recollection. The behavior of his players has been excellent for the most part, he has won three divisional championships and had one of the best win-loss records in college football for the past five years. I recognize that there have occasionally been controversies but I have seen a willingness to change, reflect and improve in Bo over the years. I am very hopeful that the players, coaches and fans will pull together as unity of purpose has been one of our major assets over the last 50 years."

Listen to Pelini on Tuesday's teleconference: