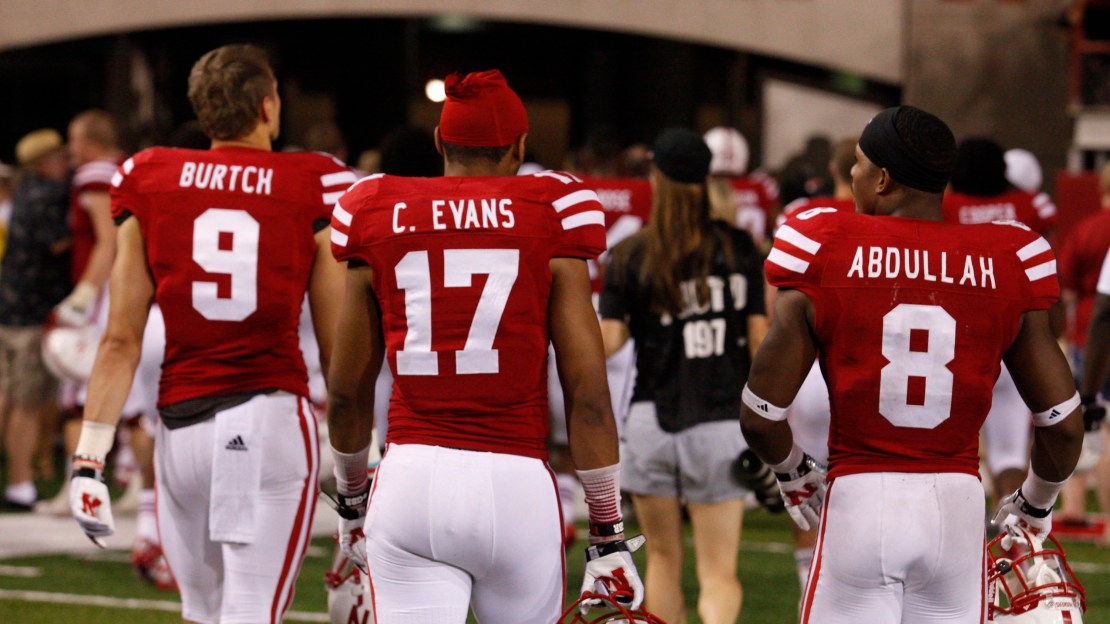 All eyes will be on Nebraska this Saturday, as the Cornhuskers welcome UCLA to Lincoln for the biggest game of the weekend. Huskers fans need no reminder of last year?s meeting vs. the Bruins in Pasadena. UCLA won, 36-30, as the Bruins obliterated the Nebraska defense to the tune of 653 yards. It was a sign of things to come.

The Huskers defense suffered two more horrendous efforts last season, allowing 498 yards in a 63-38 loss at Ohio State and 640 yards and 70 points in a loss to Wisconsin in the Big Ten title game.

Nebraska senior cornerback Ciante Evans doesn?t need any reminders. He knows the dirty details. He has had to live with them for almost a year. Evans and his Husker defensive teammates have a chance to avenge last year?s loss and poor defensive effort to UCLA this Saturday in Lincoln.

I talked to the 5-11, 190-pound Evans to get his thoughts on the Nebraska defense and the big upcoming game, among other subjects we discussed.

Q: How often have you thought about the UCLA game?
A: Oh, I mean, I think about all the losses. It was a heart-breaker. Those guys (UCLA) deserved it. They worked hard. They beat us. Hopefully we can come in next Saturday and give great effort and compete with those guys.

Q: Was any one of those 2012 losses-UCLA, Ohio State, Wisconsin-worse the other?
A: Statistically, they were bad, but they all were losses. There were things we needed to fix to get better.

Q: If you win 50-45 vs. UCLA but give up 600 yards, will it be OK?
A: No, it wouldn?t be OK. As a defense, you always want to strive for greatness and that?s what we want to strive for: To be great. We don?t want to settle just for a win. We?ll take the win, but we want to come out and play defense like we did last week.

Q: Will UCLA?s pace put pressure on you?
A: Yes, sometime, because we have to get the call and they already are lining up. It?s a part of college football. It?s starting to be a part of the NFL. It?s something defenses need to adapt to. Our offense does it, so we see a lot of it in practice during the week.

Q; What did last week?s defensive effort vs. Southern Miss mean for Nebraska?
A: It was a start. Guys were worried during Week One, missing assignments and things. But watching film from this last game, guys cleaned up their assignments. They were better prepared going into Week Two, and that?s what helped us make a lot of plays.

Q: What adjustments were made from Week One to Week Two?
A: The adjustments started in practice. Those guys were really mentally locked in and they were able to fly around opposed to just going out there and trying to play without knowing. Those guys were knowing route coverages and concepts. It started with our middle linebacker (Josh Banderas). He started by getting us in the right position and communicating.

Q: What were some of your thoughts after that Wyoming game? Did you think it would be a case of ?here we go again??
A: Not really. I was disappointed in the fact we had so many mental errors, things we can correct and did correct. Guys knew we had a lot of mental busts, leaving guys open. I thought that came with playing the season opener. Guys are anxious and at the same time nervous. It came with the atmosphere.

Q: Are you tired of answering questions about the defense?
A: Nah. I?ll answer as many as I can. Occasionally, I?ll get stopped on campus and asked, ?are we gonna be ready to play this week.? It?s a part of it. It?s a part of the game.

Q: Have you seen a change in Bo Pelini?s personality? Is this a calmer, gentler Bo Pelini?
A: I think so. Sometimes, he still gets fired up. But that?s the competitive side of him. He just wants the best for his players. He?s a competitor and coach. It comes out some times.

Q: Any young guys on the front seven who have stood out to you?
A: Yes, the middle linebacker, the true freshman, Josh Banderas. I think he played a good game last week getting guys in the right place, the right position, communicating across the field, getting everyone the call. That was the thing we struggled with in Week One, not getting the call, not getting lined up. We made a big jump in that aspect last week.

Q: If you have the pick of any Nebraska defensive player to take in a fantasy draft: Who would you take?
A: Probably Stanley Jean-Baptiste, a corner.