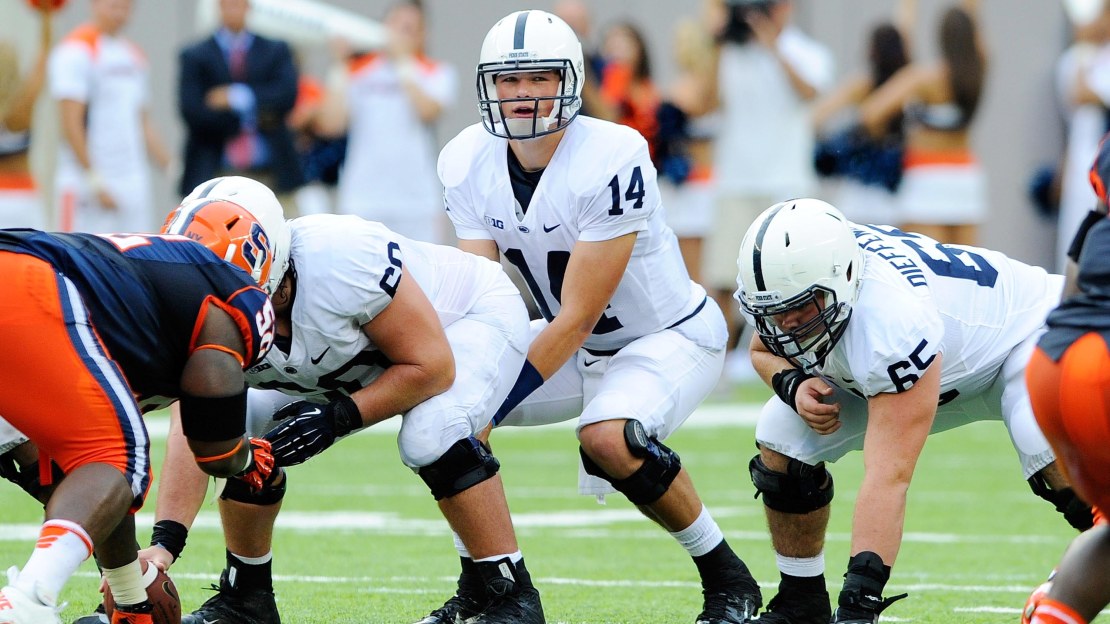 So, THAT's why Christian Hackenberg came to Penn State as such a highly touted prospect. The Penn State true freshman, who was named the starting quarterback Friday, dazzled college football fans with this absolute laser on a 54-yard touchdown pass to Geno Lewis in Saturday's win over Syracuse. Seriously, watch the arm, watch the accuracy, and check out the Twitter reaction to the bomb in this post.

Here are Hackenberg's numbers from his first career start: 22-31, 270 yards, 2 TD, 2 INT. And, most importantly, this one: 1-0. In other words, Bill O'Brien and Penn State are off to a much better start this year than last.

Check out the Twitter reaction immediately following the pass.

Hackenburg's going to be really good.

Have to remind myself that Hackenberg is 18 and playing his first college game. #PSU

Christian Hackenberg is probably going to get signed by the Jets before the team leaves the field.