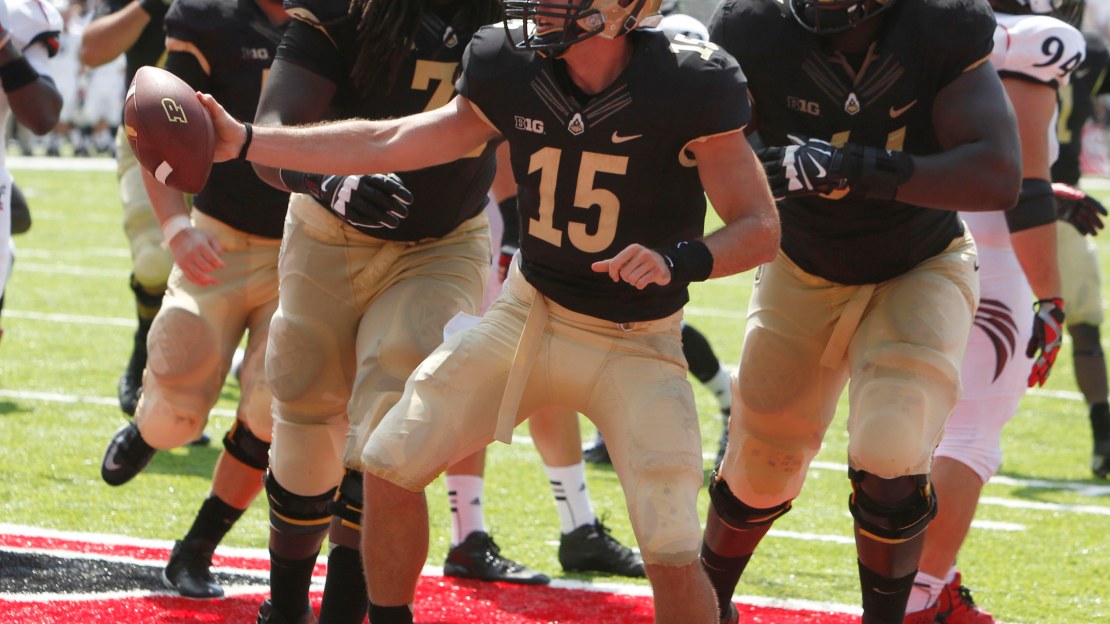 There were few positives to take from Purdue's 42-7 season-opening loss at Cincinnati, and Purdue quarterback Rob Henry more than accepted his share of the blame for the performance. Hours after the game, Henry took to Twitter to apologize to the Purdue community and tell them that he was taking a break from Twitter "because there obviously needs to be a lot more work done."

Henry went 18-of-35 for 161 yards, zero touchdowns and two interceptions in the loss. He did have a rushing touchdown, Purdue's lone score on the day.

I apologize to all my family, teammates, friends and fans. My performance today was unacceptable. Never played that bad in my life

Staying off twitter for a while because there obviously needs to be a lot more work done and a lot less talking on my part. #BoilerUp

Henry's teammates let him know they have his back:

@RobHenry15 forget what the outside world says. If it was easy everyone would do it, they can't. We got your … http://t.co/HIGIpdkhcD

@RobHenry15 love you bro keep your head up.

@RobHenry15 bro we as a team have your back!!!! We will fix this because the boilermakers is all we got!!! #ItsAllAboutUs

Extremely classy response by #15 via Twitter- He took a very high road. But I hope most players stay away from this for a bit for their good