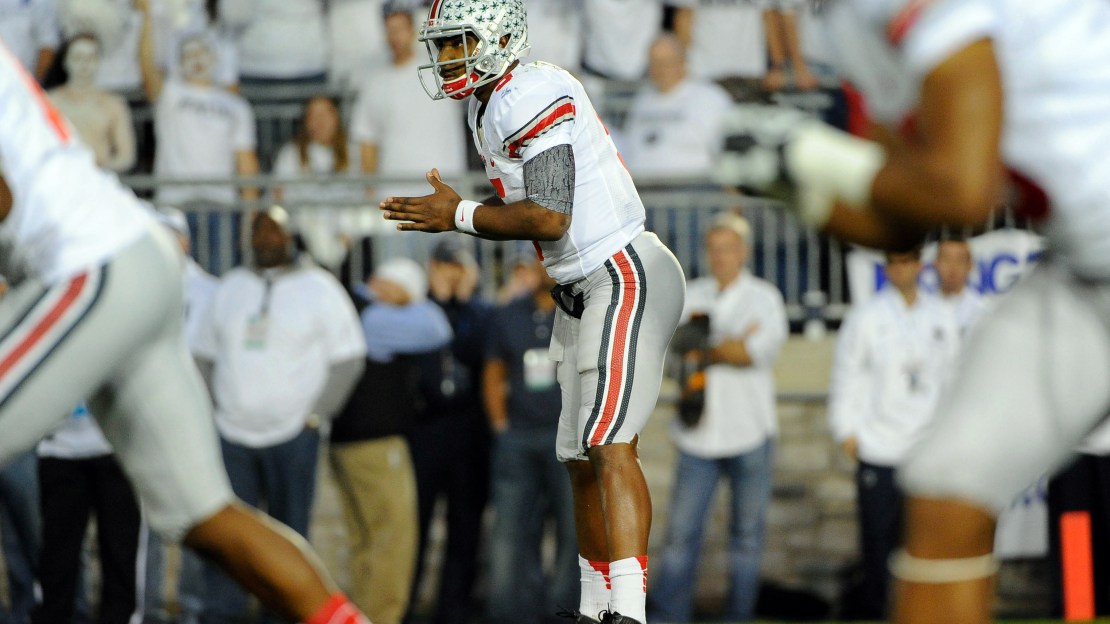 One day. That's all that stands between us and the start of Big Ten football. Indiana (Indiana State) and Minnesota (UNLV) get things started for the Big Ten on Thursday on BTN/BTN2Go. To help count down the days to kickoff, BTN.com has been ranking the top 25 players. Well, we've reached No. 1. Hope you enjoyed the countdown!

There may be no more dynamic of a player in the nation that the electrifying Miller. He ran and passed the Buckeyes to a 12-0 mark in 2012 en route to compiling a school-record 3,310 yards of offense and a fifth-place finish in the Heisman Trophy voting. Now, Miller may be the premier Heisman candidate entering the 2013 season. In 2012, Miller threw for 2,039 yards and 15 touchdowns and rushed for a school-quarterback record (and second-most in Big Ten history) 1,271 yards and 13 touchdowns on the way to earning the Silver Football from the Chicago Tribune as the Big Ten MVP.