Keep an eye on these Big Ten freshmen 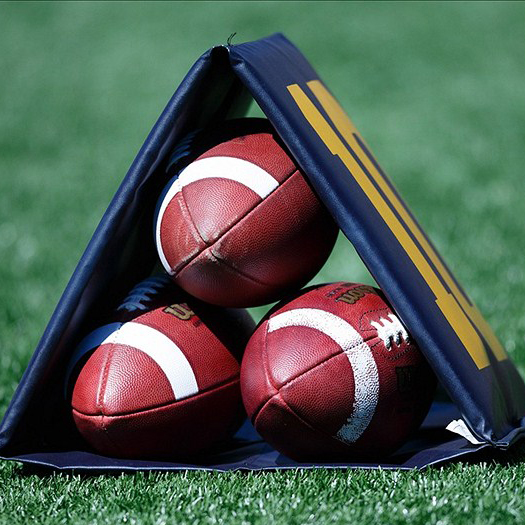 This time last year, few knew who Devin Funchess of Michigan was. Ditto David Santos of Nebraska, Jason Spriggs of Indiana and Mason Monheim of Illinois. But by the end of November, each of these true freshmen had made a name for himself. In fact, I tabbed them on my 2012 Big Ten All-Freshman Team.

So, who will I honor three months from now on my 2013 Big Ten All-Freshman Team? Following is a look at one true freshman from each school  who could excel this fall and subsequently be honored.

Illinois QB Aaron Bailey. There is plenty of opportunity to help a team riding a 14-game Big Ten losing skid. Bailey is a great athlete; gotta think the staff will cook up some packages for him. Others to watch are WR Marchie Murdock, and DBs Darius Mosely and Jaylen Dunlap.

Indiana S Antonio Allen. Let?s face it-the Hoosiers? defense needs help. And Allen is one true freshman who may best equipped to assist now. Allen is a tough, physical player. Darius Latham and David Kenney could help on the d-line, and T.J. Simmons at linebacker.

Michigan DE Taco Charlton. Many of the Wolverines? top players are youngsters. And Charlton is one of the most physically impressive for a line that needs playmakers. Also keep an eye on DB Dymonte Thomas, an early enrollee, TE Jake Butt and LB Mike McCray, among others.

Michigan State RB Gerald Holmes. He?s a big, physical back who plays a spot that remains a bit in flux. Also watch LBs Jon Reschke and Shane Jones, along with DB Darian Hicks, who could bolster an already-stout defense.

Minnesota QB/WR Donovahn Jones. The Golden Gophers need help at receiver. That?s why the staff has had the uber-talented Jones work out at wideout in camp. Eric Carter and Drew Wolitarski also could play at wideout this fall. RB Berkley Edwards has big-play skills this attack needs.

Northwestern S Godwin Igwebuike. He may be the Wildcats? top freshman, but it looks like he?ll redshirt because NU is loaded at his spot. Still, keep an eye on Igwebuike. You have to think he could help this team in some way.

Ohio State RB Dontre Wilson. No true freshman was more impressive during our tour. How impressive was the Texan? Wilson already is the biggest game-breaker on the Buckeyes? roster. He could be Urban Meyer?s Ohio State version of Percy Harvin. Some others to watch: S Vonn Bell, CB Eli Apple; DE Joey Bosa; WR Jalin Marshall; DT Michael Hill; LB Mike Mitchell. Several more could factor in, too.

Wisconsin RB Corey Clement. When he signed, Clement looked like a long shot to play much. Now, the 5-11, 210-pound New Jersey native is in line behind James White and Melvin Gordon as part of impressive collection of tailbacks in Madison. Others to watch are WR Robert Wheelwright and DBs Jakarrie Washington and Sojourn Shelton.