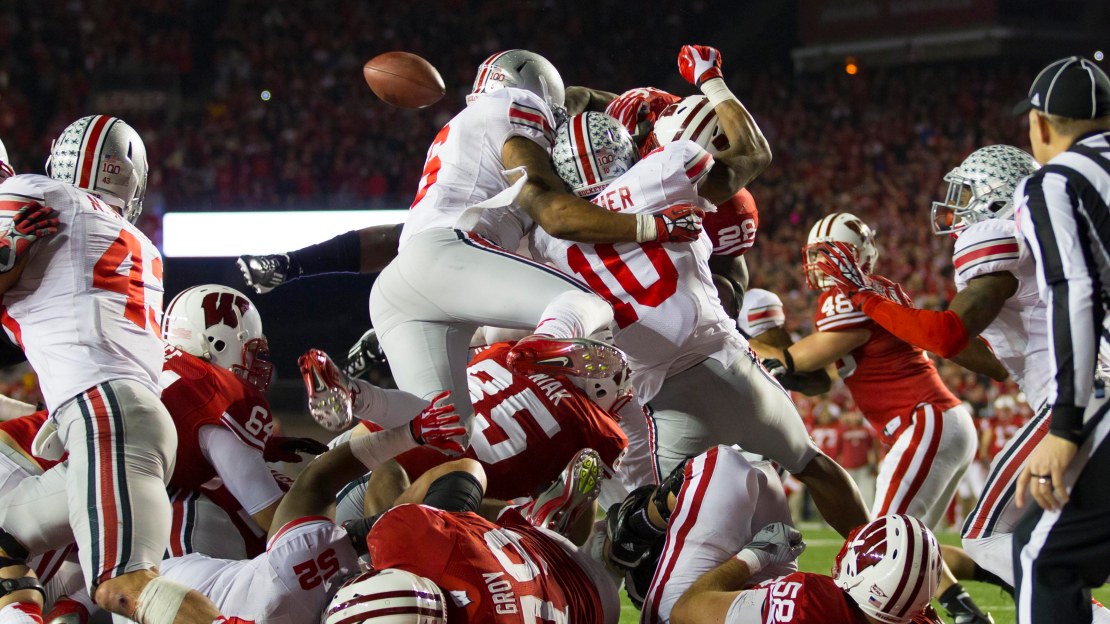 We're four days from the 2013 football season kicking off. Indiana (Indiana State) and Minnesota (UNLV) get things started for the Big Ten on Thursday, Aug. 29 on BTN/BTN2Go. To help count down the days to kickoff, BTN.com is ranking the top 25 players. Join us as we count it down, from 25-1, every day.

Who's the best defensive player on Ohio State? It's a close race between Ryan Shazier and cornerback Bradley Roby, our No. 6 player. But the supremely talented linebacker gets our vote. Shazier, who averaged 9.6 tackles last year, may be the most likely candidate to dethrone Iowa's Anthony Hitchens as the Big Ten's tackle leader. The speedy and athletic linebacker isn't just a tackling machine, though; he's also adept defending the pass and rushing the passer. And with that combination, coupled with the fact Ohio State is the preseason Big Ten favorite, Shazier enters the season as the frontrunner for Big Ten Defensive Player of the Year.