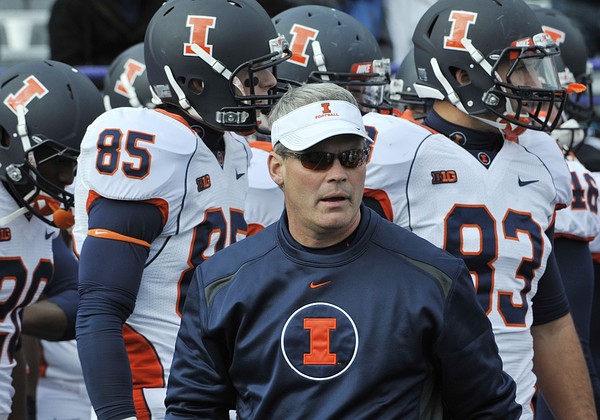 Illinois introduced several new looks during Tim Beckman's disappointing 2-10 inaugural season. From things as minor as blue facemasks and helmet stickers to things as major as a matte blue helmet and new uniform combinations (all-blue; orange top, blue pants), the Illini mixed it up quite a bit. There will be more change in 2013.

The team confirmed its new primary lid, pictured above, Tuesday, and said it's "in the middle of an 18-month rebranding process with Nike that will likely result in new logos and/or uniforms in 2014."

This helmet is an improvement over the previous script "Illinois" design. No, a block "I" isn't overly exciting (Indiana's had success with it, both new and old), but this is a good change. More important, it's something new, something that replaces the unpopular design Illinois has worn since 1989.