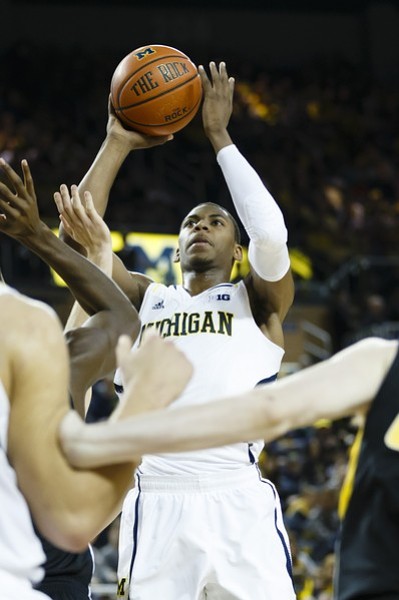 The 2013 NBA Draft has come and gone – five Big Ten products were selected – and now it's time to start considering the conference's top prospects for the 2014 NBA Draft. Kind of early, I know. See my list of our top 2014 NBA Draft prospects in this post.

1. Glenn Robinson III, So., Michigan – The NBA drafts on potential, and few Big Ten players have more potential or a more prototypical pro body than Robinson III. Scouts will want to see the sophomore become more aggressive, and if he does, he'll be a very early pick.

2. Adreian Payne, Sr., Michigan State – If Payne improves his inside game, there's no telling how high he could go in next year's draft. Even if he doesn't, every NBA team would love to have a 6-10 athletic freak who can stroke it from deep and defend.

3. Gary Harris, So., Michigan State – Harris impressed NBA scouts as a freshman despite rarely, if ever, being 100 percent healthy. They'll like the deadly shooter even more when he is confident enough to drive and slash the way he wants to.

4. Mitch McGary, So., Michigan – McGary has so much going for him, whether it be his motor/energy, his strength, or his do-it-all skills. Perhaps the best rebounder in next year's draft, the burly sophomore will only improve with increased playing time and responsibility.

5. A.J. Hammons, So., Purdue – While Hammons may still be a project on the offensive end, he has the size, length and ability to be an immediate factor on defense. The way Hammons can affect shots, NBA scouts shouldn't let his developing offense concern them.