How many Big Ten stars land on DeCourcy's lists? 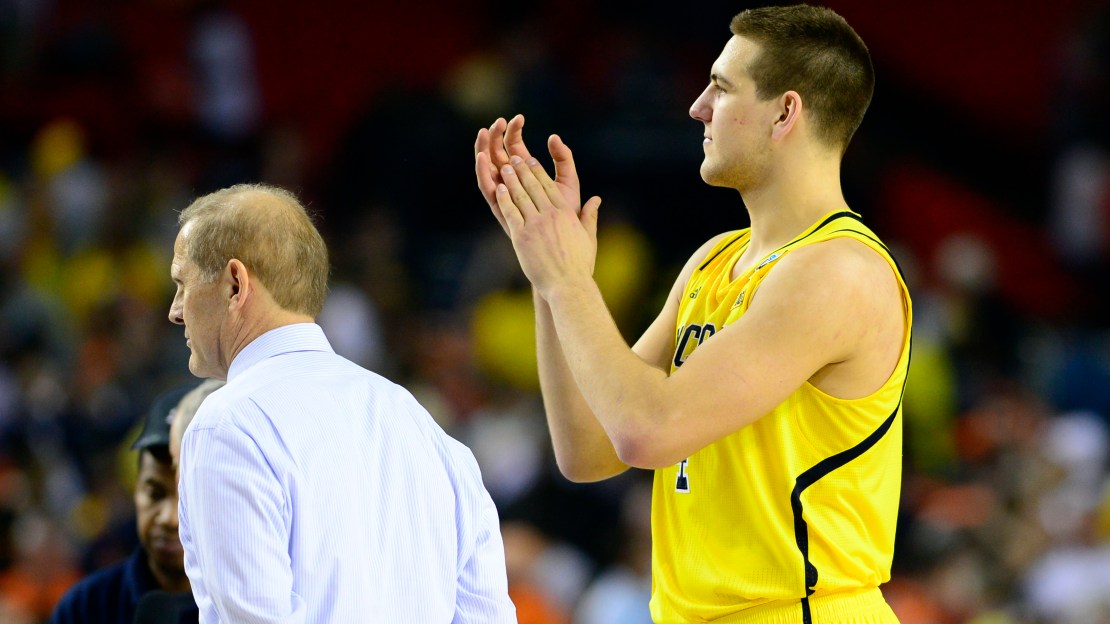 Sporting News and BTN correspondent Mike DeCourcy has been busy compiling his top 10 position lists. With all the talent the Big Ten returns in 2013-14, it's only fitting that the conference boasts its share of representatives.

There's eight players, to be exact, headlined by Michigan's Mitch McGary, the No. 1 center, and Michigan State's Gary Harris, the No. 1 shooting guard.

"As a freshman, he was mostly expected to defer to all those veterans and only occasionally to upstage them, but he is an elite athlete and capable shooter who could experience a Shane Larkin-type surge to excellence."

"Craft is one of the top defensive point guards of the past generation and showed a developing scoring touch down the stretch of last season."

"He is the complete package as a college shooting guard. The 6-4 size, the cool demeanor, the sweet-as-you-please perimeter jump shot."

"There is so much to love about Robinson as a player and a prospect, but there are some serious questions about what sort of small forward he will be."

"There?s no doubting Dekker is the most complete offensive player to play for the Badgers since Devin Harris."

Payne is a terrific rebounder and shot-blocker, but the difference between the excellent role player and the star is producing at the offensive end.

"Ross showed he will be ready to handle stardom when he scored 17 or more points in the Buckeyes? final three NCAA Tournament games. He?ll be the primary offensive option this year-and look how that worked for his predecessor."

"McGary may be the most complete player in college basketball. He has shown great command of every important tool: shooting, passing, scoring in the post, even handling the ball when necessary. He is an insatiable rebounder. He holds his position defensively and blocks the occasional shot. And he plays freaking hard."

Biggest surprise: There's two of them: 1. Yogi Ferrell, as No. 3 point guard, ahead of Aaron Craft, at No. 6. No disrespect to Ferrell, but Craft's been great for three years and, well, everyone knows how much DeCourcy LOVES Craft (no one more than the @bigtengeeks); 2. Gary Harris, as No. 1 shooting guard. Harris is a stud and a legit Big Ten Player of the Year candidate, however the No. 1 ranking is more about what he could do than what he has done.

Biggest omission: Tim Frazier, Penn State – He might not be 100 percent, he might not be the same player, he might re-injure his Achilles, I get it. But based on track record and what he can do now that he has a talented sidekick (D.J. Newbill), Fraizer deserves some kind of mention. Then again, I always seem to be a lot higher on Frazier than others.