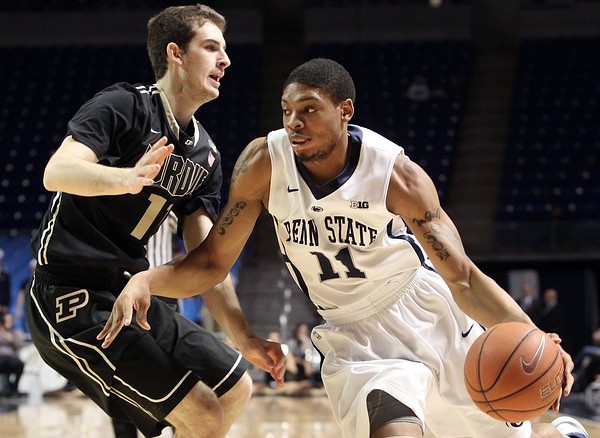 Penn State expected big things out of senior Jermaine Marshall in 2013-14. Not only was the guard scheduled to be the Big Ten's second-leading returning scorer (15.3), behind only teammate D.J. Newbill, but he would have been a key cog to Penn State's possibly elite backcourt.

Marshall, however, won't be around to team with Newbill, 2011-12 All-Big Ten honoree Tim Frazier and Pitt transfer John Johnson this upcoming season. The guard announced Wednesday that he will pursue a pro career following graduation this summer.

"This is a difficult decision," Marshall said in a school release, "but I want to provide for my son and feel the best decision for me and my family is to graduate and enter the professional world this summer."

No matter how one looks at this, it's a big loss for Penn State. Marshall is a solid player, one who probably would have been even better and more efficient with Frazier back in the fold. This decision hurts even more because Penn State isn't very deep, and now it must replace Marshall's productive 35 minutes a night.

That will be tough. The aforementioned Johnson should help, however he isn't eligible until the winter. Rising sophomore Brandon Taylor, who struggled down the stretch last season, is the guy the Nittany Lions need to improve and help negate the loss.