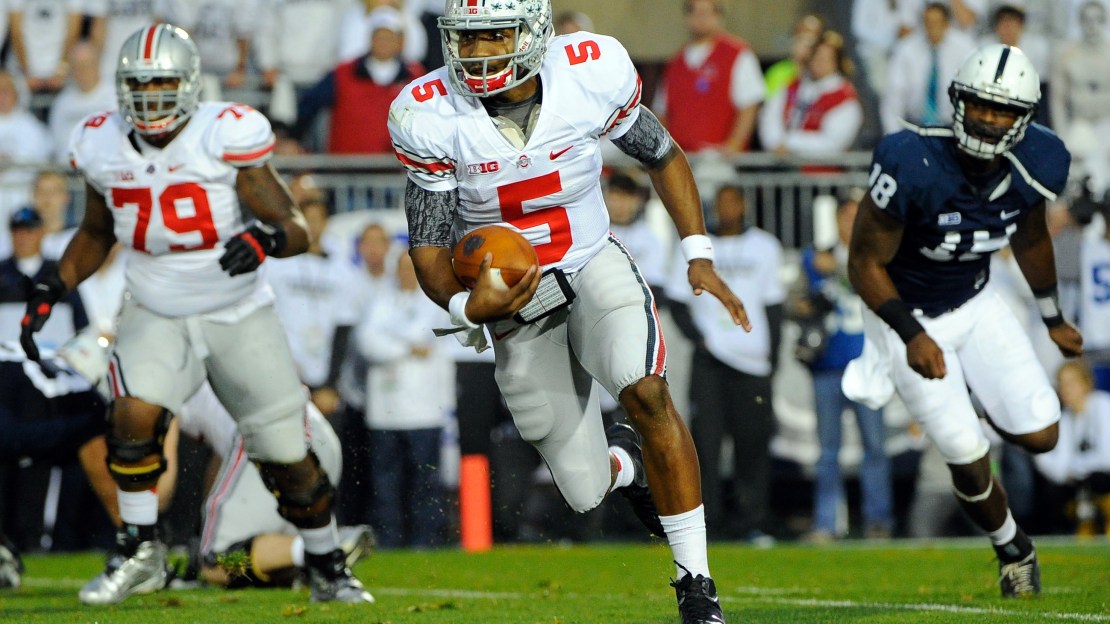 Nobody needs to reminded of the fact the SEC has won the last seven BCS titles. One national expert thinks that run ends this season, and at the hands of Big Ten favorite Ohio State. CBSSports.com's Dennis Dodd made the bold prediction in his post-spring Top 25.

Dodd likes the Buckeyes in 2013 for many reasons, all of which can be read below:

The Buckeyes are favored for now mostly because of what they don't have to do. They don't have to play an SEC schedule — unlike Texas A&M, Alabama, LSU, Georgia, Florida and South Carolina. That makes a second consecutive undefeated season more likely. The Bucks believed they deserved a spot against Alabama a few months ago.

Their 12-game winning streak is the longest in the country. Their coach is a wily, motivational top-five tactician. A defense that was holding on for dear life at times last season is stronger.

Another reason to like Ohio State, according to Dodd: It "is motivated after being shut out of a bowl in 2012."

Tough to argue with that. Unfortunately, Dodd's prospects for the rest of the Big Ten aren't so favorable. He only has two other teams ranked in his top 25, and they're near the bottom: Northwestern (No. 20) and Nebraska (No. 23).