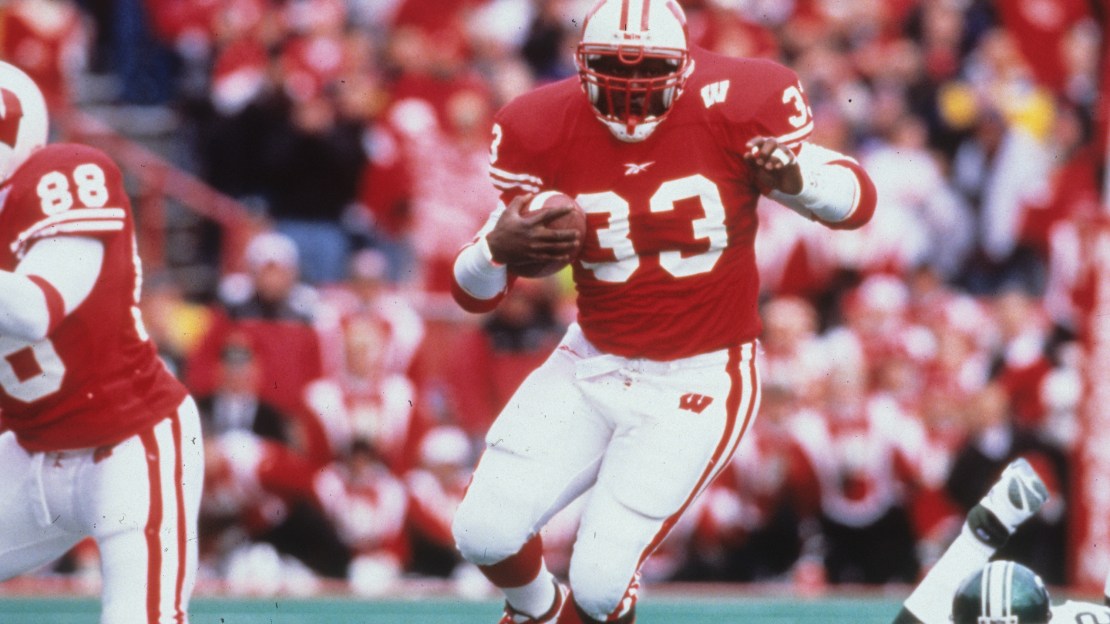 Pick an era, and the Big Ten boasts a steep collection of standout running backs. The BCS era (since 1998) is no exception. There's Ron Dayne, Chris Perry and Damien Anderson, to name a few. According to a recent AthlonSports.com countdown, the Big Ten is home to nine of college football's top 50 running backs of the BCS era.

Dayne leads the Big Ten's nine representatives, at No. 3, behind only Adrian Peterson and Ricky Williams.

Here's what Athlon said about Dayne:

(Ricky) Williams? NCAA rushing record didn?t last for very long as the New Jersey native came along the next year to break the record held by Williams and, before that, by Pitt's Tony Dorsett and Ohio State's Archie Griffin. Dayne is the only player in history with 7,000 yards rushing and is one of four players to score at least 70 rushing touchdowns. He carried the ball more than any player in history (1,220) and he owns multiple BCS bowl rushing records with his two Rose Bowl MVP performances. He capped his illustrious career with a 2,000-yard Heisman Trophy and Big Ten championship season. The consensus All-American won Big Ten Player of the Year, Maxwell, Walter Camp and Doak Walker recognition in his final season in Madison.

To little surprise, it's another Badger, Montee Ball, following Dayne on the list, as far as the Big Ten is concerned. Ball, who lands at No. 9, completed his career as the game's all-time touchdown leader (77 rushing, 83 total).