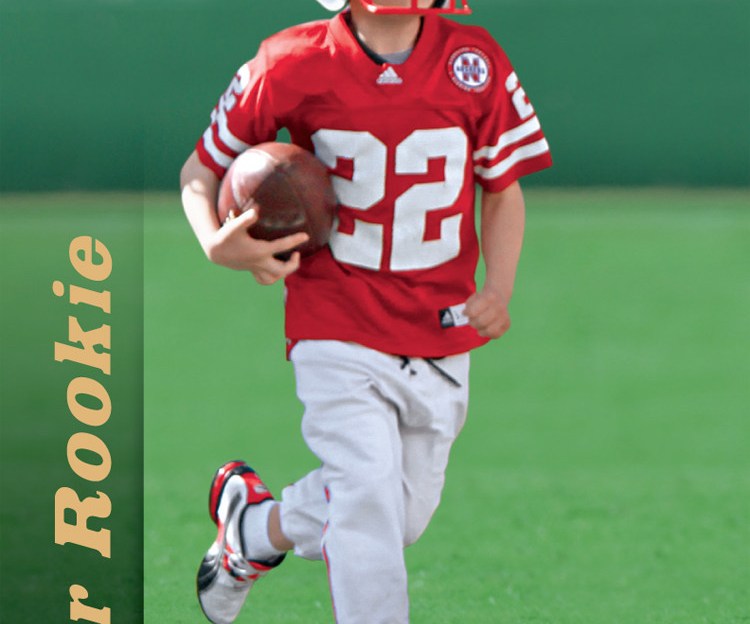 As if Jack Hoffman's memorable 69-yard touchdown run in Nebraska's spring game wasn't cool enough, the seven-year-old brain cancer patient now has a trading card to commemorate the touching moment. Upper Deck has produced a Hoffman trading card, which includes "RB NEBRASKA" under his name and "Star Rookie" written vertically on the lower left side.

This is awesome. Quick thing, though: Don't expect to find the card in any Upper Deck packs. The company created a limited number of blow-up rookie cards that Jack will sign and use for charitable purposes – it opted not to include the card in packs because it did not want to risk Jack?s amateur status with the NCAA.

Here's what Upper Deck said about the card:

"Jack is the type of inspirational athlete who absolutely deserves an Upper Deck rookie card,? said Chris Carlin, Upper Deck?s sports marketing manager. "Jack had a larger than life moment on the field that day for Nebraska which is why Upper Deck is creating a limited number of promotional blow-up rookie cards for Jack to sign and use for charitable purposes. Upper Deck is proud to play a small role increasing awareness in Jack?s cause and we are excited to be a part of ?Team Jack!??

Check out our Hoffman "Journey" feature: