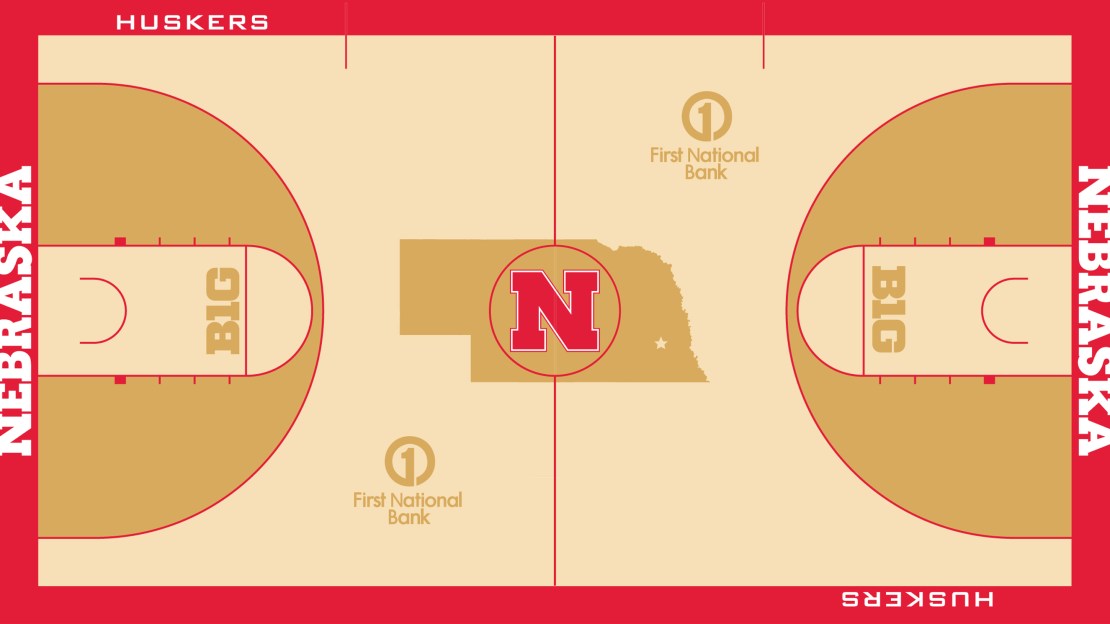 Nebraska, which moves into the state-of-the-art Pinnacle Bank Arena next season, unveiled its new court design Thursday afternoon. While the stained hardwood effect is one that's best in small doses, this is a better look than what the Huskers have had in their first two Big Ten seasons.

Gone is the robust "N" at midcourt, and in its place is a smaller "N" superimposed over the outline of the state of Nebraska. The state outline is something Illinois and Ohio State also do (Indiana, too, but in a different fashion). As is the case with the Illini and Buckeyes, a different shade of hardwood creates Nebraska's state outline. Ohio State went with the look midway through this past season, while Illinois added it prior to the 2011-12 season.

From a color and design perspective, Nebraska's floor looks a bit like Ohio State's. Doesn't it? Right down to the location of the title sponsor logos.

Another change from last year: The mandatory "B1G" logo, which used to be in front of the scorer's table, is located in the key, right in front of the free-throw line. Also, there's only one 3-point line – a great update, considering the women no longer have their own line.