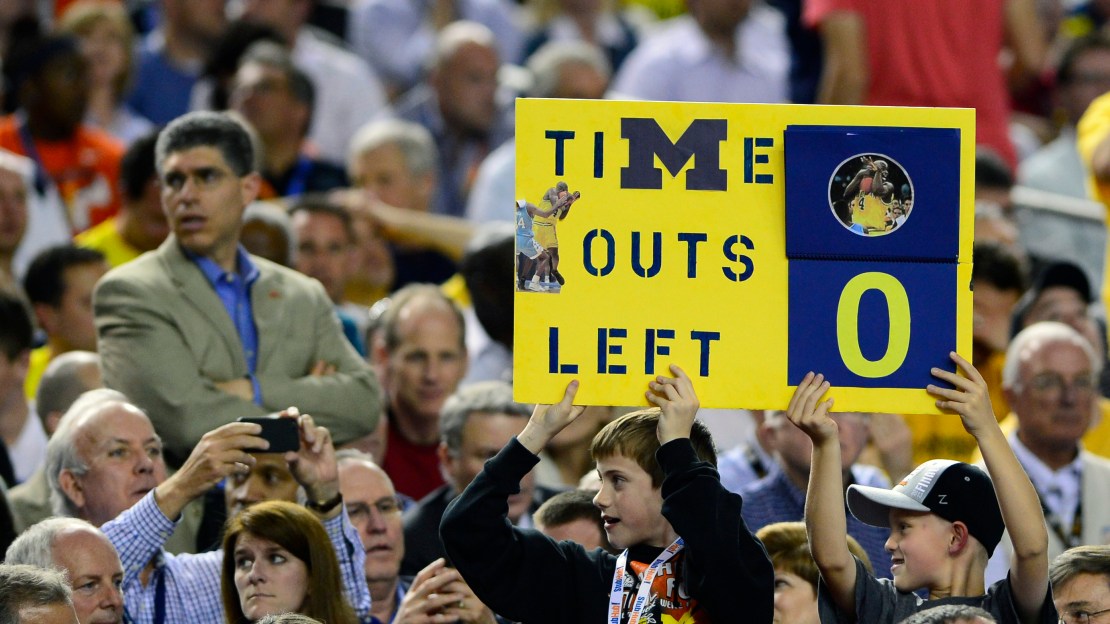 Without seeing every sign Saturday night at the Georgia Dome, here's a prediction: Not many topped the "Time Outs Left" one a pair of young Michigan fans hoisted toward the end of the Wolverines' national semifinal win over Syracuse.

[ GALLERY: View all the best shots from the Michigan-Syracuse game ]

Honestly, what's better than a fan base that can laugh at itself and accept its team's worst blunder? You see, the last time Michigan was involved in a Final Four – the 1993 national championship game, to be exact – Chris Webber infamously called a timeout in the final seconds that the team didn't have. It resulted in a technical foul and cost the Wolverines a chance at the national crown.

In the waning moments of Saturday's game, Michigan found itself in the same position. And luckily, the Wolverines had these young fans counting down the timeouts (here & here) to remind them of the situation.

I'm having one of those deja vu moments. No timeouts left for Michigan. First Final Four I covered.

Michigan is out of timeouts. Somewhere in a dark closet Chris Webber is sweating and shivering while experiencing awful flashbacks.

Someone PLEASE remind Michigan thy have NO timeouts remaining.

Guessing everyone on Michigan has been made absolutely certain they have no timeouts left.

Here's the video of Webber calling the timeout: