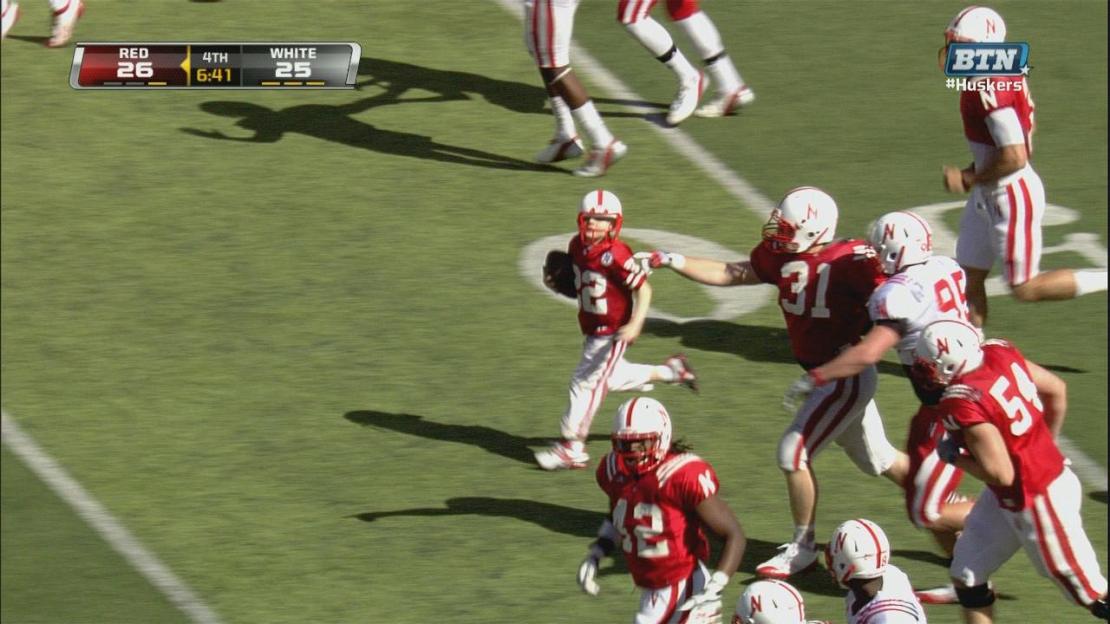 Remember Jack Hoffman? He's the young Nebraska fan who's battling brain cancer and has formed a special bond with Nebraska legend Rex Burkhead. We featured Hoffman, 7, and his friendship with Burkhead on last year's "The Journey," a segment included in this post.

[ HOW TO SHARE OUR VIDEO: Learn the easy steps here. ]

Hoffman attended Saturday's Red-White Spring Game, and he turned out to be the day's biggest star. Midway through the fourth quarter, Hoffman lined up in the backfield and took it all the way to the house (video above).

That's some special stuff, isn't it?

"Oh, there truly is no place like Nebraska," BTN color commentator Damon Bening said, as the Huskers lifted Hoffman onto their shoulders in the end zone.

This is what spring games should be about. Well done, Huskers!

Here's the Hoffman segment from last year's "The Journey"