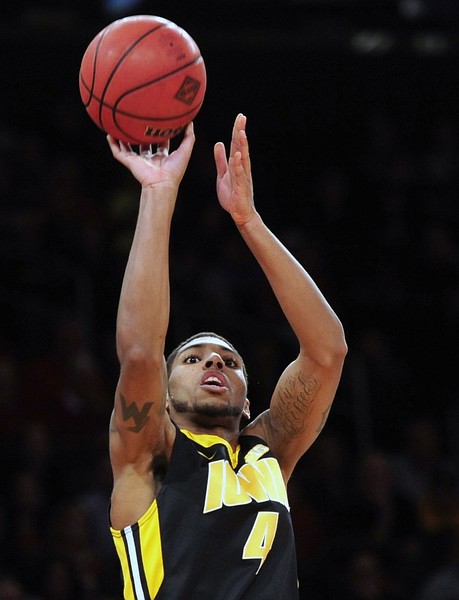 There aren't many college basketball players hotter than Iowa's Devyn Marble. Louisville's Russ Smith, maybe? Michigan fans, no doubt, will throw Trey Burke's name into the discussion. Fact is, Marble has been on a head-turning hot streak during Iowa's run to its first NIT title game.

You name it, Marble has done it to lift the Hawkeyes past the likes of Indiana State, Stony Brook, Virginia and Maryland.

Before you knock the numbers due to the competition, remember, Indiana State won at Final Four-bound Wichita State, Stony Brook was the America East regular-season champ, and Virginia and Maryland combined to go 48-25 (.658), including 19-17 in the ACC. Even more impressive: the win over Virginia snapped the Cavaliers 19-game home winning streak.

So, it's not like Marble is abusing terrible team after terrible team. This is a guy who's playing at the top of his game, and at the perfect time.

"You've just got to love your time in March," Marble told the AP. "A lot of teams aren't playing right now."

Marble and the Hawkeyes wrap up their season Thursday night vs. Baylor in the NIT title game at Madison Square Garden.