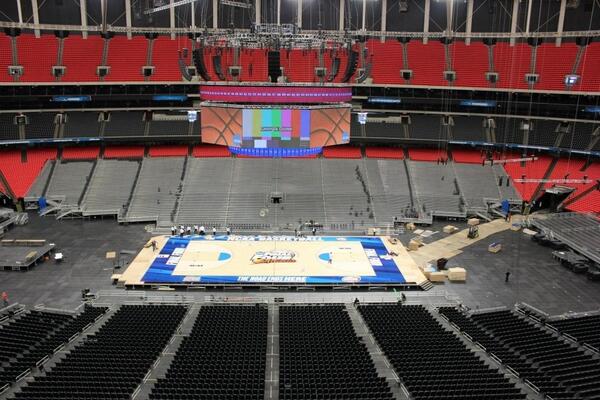 The Final Four doesn't tip until Saturday, but the floor is set at the Georgia Dome in Atlanta. Get your first look at this year's Final Four court, courtesy of @gashaheen, in this post.

It looks a lot like what we've become accustom to in recent years, with the Final Four logo at midcourt and a plain court that's only color is found on the baselines and the top of the keys. One thing's for sure: This year's color scheme is better than last season's version in New Orleans.

And it's always a positive when another year passes without seeing a design like this, this or this.

Michigan, which routed Florida in the South Region final on Sunday, will take on East Region champ Syracuse on Saturday in Atlanta.