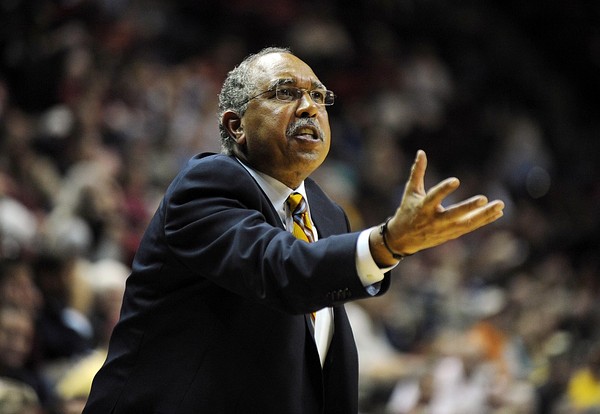 Tubby Smith is out at Minnesota. The coach was fired Monday, one day after the Gophers were knocked out of the NCAA tourney. Smith, 61, spent six seasons in Minneapolis, tallying a 124-81 overall mark (.605), including 46-62 (.426) in the Big Ten. The Gophers made three NCAA tourney appearances under Smith, however they only went 1-3. See the Twitter reaction to Smith's firing in this post.

Tubby Smith fired and bought out at Minnesota. Wow. Just, wow. Clearly, these schools have PLENTY of money laying around.

Good luck to Coach Smith Coach Taylor Coach Esposito Coach Jirsa and Saul in the future.. Y'all gave me a chance to showcase myself

Hate to see anyone lose their job. A coach is under extreme pressure in today's social media world. Thank u and good luck Tubby. #Gophers

Tubby Smith had some bad breaks at Minnesota, but it was time. You can?t get worse in February every year and expect to stay employed.

Dang I didn't know my man Tubby Smith is out! I hear Phil Jackson still looking to coach

Lot of boosters want Flip Saunders. I think he'd probably get a big donation for the practice facility right away. But will be Teague's guy.

Tubby Smith firing really not all that surprising. Maxed out his talent this season and the #Gophers still underwhelmed. Can do better.

As it turns out, the winning coach in that Minnesota-UCLA game got to use his office for one more day.

Tubby Smith + Ben Howland coached against each other on Friday night in the NCAA Tournament. Today they're both out of work. Amazing.

Let's remember Tubby Smith is leaving #Gophers program in better shape than he inherited it, he's a classy man who will hopefully be in HOF

Tubby Smith is a good man and coach. But Minnesota had to have expected more from him than 46-62 in the Big Ten, one NCAA Tournament win.

Dont understand Tubby Smith firing. Pls help me. Hope not about recruiting. Has Minnesota ever been a magnet for elite recruits?

Tubby Smith being fired is a slight surprise, but he was 16 games under .500 in the Big Ten. Not like they just fired Bo Ryan.

Minnesota fired Tubby? Did they fail to learn their lesson with Glen Mason?

Sorry to see Tubby Smith was fired at Min. He was a class act all the way, a real gentleman and a real good coach.

Who can forget this Tubby moment from earlier this season?