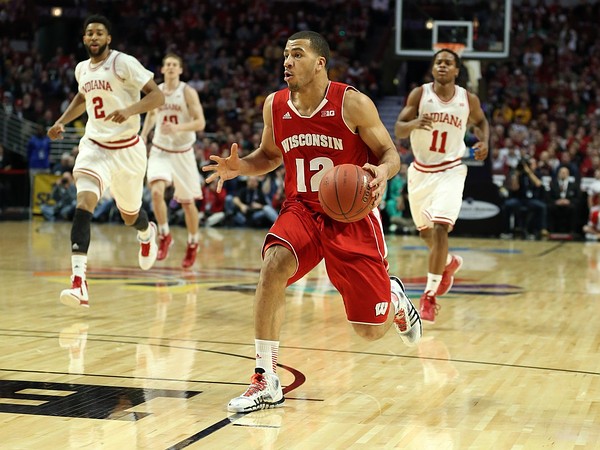 Seven Big Ten teams made the NCAA tournament, and now it's time to look at one key player from each team who could help fuel a tourney run. I'm not talking about the obvious stars, such as Trey Burke, Deshaun Thomas or Cody Zeller, here. Instead, these are guys who either have struggled lately or have heated up down the stretch.

D.J. Richardson, Illinois – The Illini shoot more than 3s than anyone, and Richardson averages seven attempts from distance per game. Problem is, in the last four games, he's a 25 percent shooter from distance (7-of-28) – not to mention overall (12-of-48). And in the Illini's two Big Ten tourney games, those figures were 23 and 18 percent, respectively. Needless to say, Illinois needs Richardson to reclaim his touch if it is to win a game.

Jordan Hulls, Indiana – Many feel Christian Watford is Indiana's wildcard player. But when Hulls is hot, the Hoosiers are darn near impossible to beat. Lately, though, Hulls has battled an extended funk, a five-gamer that's seen the senior shot 24 percent and tally a pair of games with zero baskets. To make matters worse, Hulls, who averages 10.1 points, is averaging five points during the stretch. That won't cut it in the tourney, because Indiana needs its sharpshooter hitting to avoid upset and get to where it wants to go.

Glenn Robinson III, Michigan – Often times, it's too easy to look at the win-loss split stats of a player and say he's the reason for a team's success or failure. In the case of Robinson III, the numbers are too alarming to ignore. In 26 wins, he's shooting 59 percent and averaging 11.8 points and six rebounds, compared to 40 percent and 6.4 points and 3.4 rebounds in seven losses. At the risk of simplifying matters too much, when Robinson III plays well, more times than not, Michigan wins. No. 1's play will be key to an extended Michigan run.

Branden Dawson, Michigan State – Dawson isn't known as a scorer, but he's expected to provide more in the scoring department than he has in the last eight games: 4, 8, 8, 2, 2, 6, 6, 2. Add it all up, and that's 4.8 points per game. From a starter, who's averaged 25 minutes during the stretch. Dawson entered the season as a All-Big Ten caliber player, and no matter how much Adreian Payne has improved or how well Gary Harris has played as a freshman, the Spartans aren't at their best when the athletic sophomore is a non-factor on offense.

Austin Hollins, Minnesota – Hollins made strides in Minnesota's last two games, however it's hard to ignore that he shot 18 percent – including 0-of-14 from 3 – and scored in single digits in the previous four games. As the second-leading scorer (10.6 points per game) on a team as inconsistent as Minnesota, the Gophers need far more consistency from Hollins. In other words, he must be a reliable No. 2 scorer, to Andre Hollins, for the Gophers to do any kind of damage.

LaQuinton Ross, Ohio State – When Ross plays smart enough to stay on the court for extended periods, he helps make the Buckeyes as dangerous as any team. No, the silky smooth sophomore hasn't lived up to the lofty expectations, be he did just average nine points in 17.7 minutes during Ohio State's Big Ten tourney title run. If he plays well/smart enough to garner nearly 18 minutes per game in the NCAA tourney, he makes the Buckeyes so much more dynamic.

Traevon Jackson, Wisconsin – The NCAA tournament, they say, is all about guard play. And when you're one of the league's most improved players on a team previously void of a reliable natural point man, you become even more important. Not only that, Jackson is playing some of the best ball of his breakout season, evidenced by him earning All-Big Ten tourney honors Sunday. Oh, and let's not forget, Jackson's willing and able to take big shots in crunch time. Every team wants a clutch shooter, and the Badgers have him.