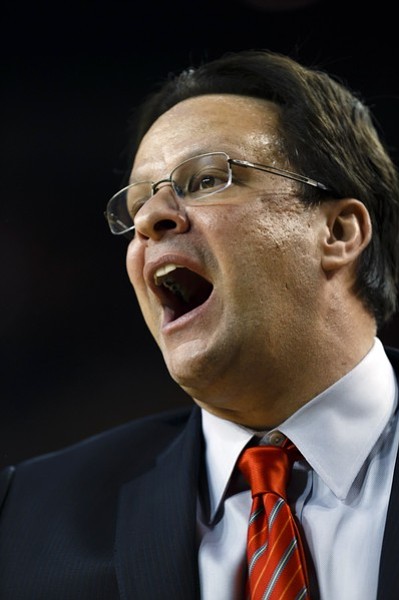 The regular season now complete, it's time to release my final 2012-13 Big Ten Power Rankings. Where does your team land? Find out in this post. Oh, and feel free to send me your thoughts, either in the comment box in this post or on Twitter (@BTNBrentYarina).

1. Indiana, (26-5, 14-4) – As hard as it is to believe, Indiana, a program with five national championships, just won its first outright Big Ten crown since 1993. Some perspective: Freshman Yogi Ferrell wasn't even born the last time.
Last week: No. 1

[ RELATED: In defense of Victor Oladipo as Big Ten Player of the Year ]

5. Wisconsin, (21-10, 12-6) – If the Big Ten awarded a most improved player, Traevon Jackson might be the runaway winner. This is a guy who's gone from averaging 1.1 points in 5.4 minutes a year ago to being one of the Big Ten's most clutch shooters. Watch the latest example.
Last week: No. 4

9. Illinois, (21-11, 8-10) – The Illini closed out the season scoring 55 points in both defeats this week. Even more troubling, the frontcourt tandem of Nnanna Egwu and Sam McLaurin combined to score 11 points in the two losses.
Last week: No. 7

12. Northwestern, (13-18, 4-14) – Alex Marcotullio is a late bright spot for struggling Northwestern. The senior erupted for a career-high 22 points Thursday and added 11 Sunday. Add it all up, and the week's 33 points account for 22 percent of Marcotullio's season scoring.
Last week: No. 12