Up, up and away: Williams soars for big-time swat 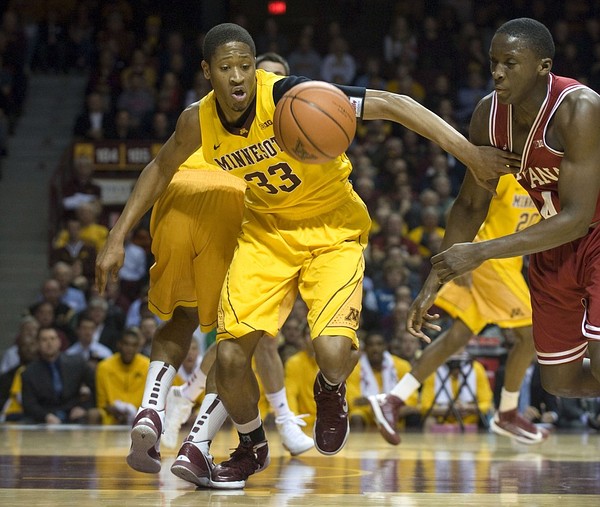 Everybody knows Minnesota's Rodney Williams can jump. He's one of the nation's elite dunkers, after all. In Tuesday night's upset over No. 1 Indiana, Williams showed off his ups on the defensive end. And the athletic senior's block of Victor Oladipo's late 3 was just as pretty as any of his highlight dunks. Watch Williams soar to block Oladipo's shot in the final minute of the upset here.

OK, for real, when was the last time you saw a player elevate as high as Williams on a blocked shot? The guy soared like he was shot out of a cannon.

And Williams had this nice block, as well, Tuesday: