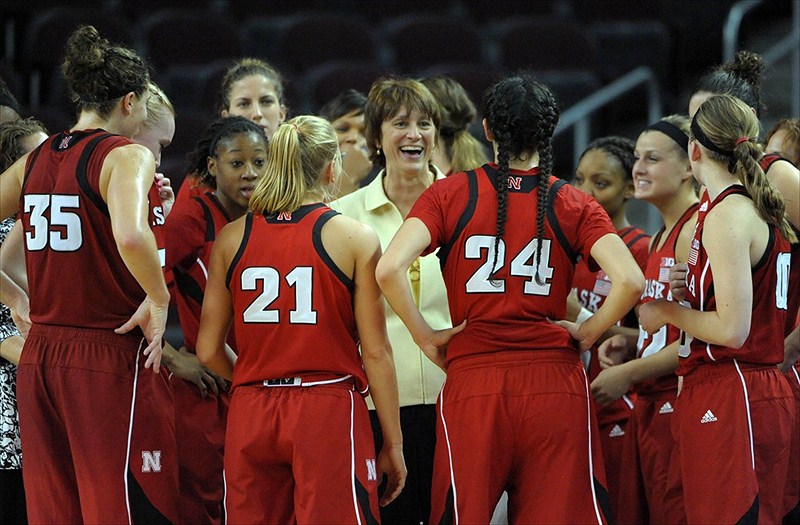 Minnesota edged Ohio State 57-56 (full box score here) as the Gophers Rachel Banham came up big in the end. Watch a full feature on Banham in this post. Also tonight. No. 24 Nebraska beat Michigan 57-39. We'll update this post with available highlights later tonight. For now, did you see this buzzer-beater from Wednesday?

Banham nailed a jumper with 0.02 seconds to play to lift the Minnesota (16-11, 5-8) over Ohio State (14-12, 4-9) in Columbus, Ohio. Back-to-back three-pointers from the Buckeyes? Raven Ferguson in the final 18 seconds of play gave Ohio State a one-point lead with 13 seconds remaining, but Banham led the Gophers down the floor and drilled the game-winner to give Minnesota just its second win in Columbus all-time and secured the squad?s first-ever Big Ten series sweep vs. the Buckeyes. Read more at Gophersports.com.

At Michigan, Jordan Hooper scored 14 points and pulled down 12 rebounds to lead No. 24 Nebraska to its eighth straight victory, 57-39 over Michigan on Thursday night. Lindsey Moore had 15 points and eight assists for the Cornhuskers (20-6, 10-3 Big Ten), who held Michigan to 28 percent shooting and committed only six fouls. Michigan didn't shoot a free throw the entire game. Read the full recap here.

Here are the women's basketball standings, too.