Spartans fans create 'You Off' shirts vs. Michigan 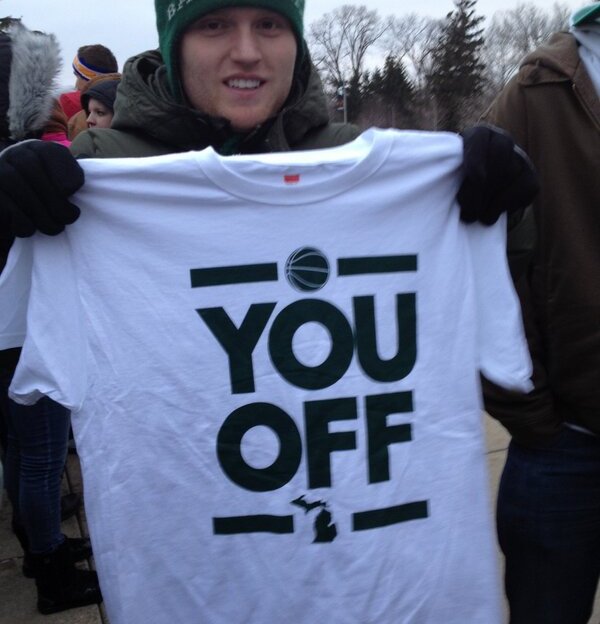 "WE ON." The two words are featured prominently on No. 4 Michigan's warm-up shirts, and they just happen to represent the team slogan for the 2012-13 season. The phrase has two significances, the first being it's an acronym for "When Everyone Operates N'sync."

There's also this: The "WE" is an acronym for "Wolverine Excellence," which the program strives for, and the "ON" originates from a routine, started this season, in which every player flips on the switch of a fuse box in the locker room – a process that represents the players' commitment to improvement every day.

Now, you'll understand the "YOU OFF" t-shirts the Izzone is wearing for Tuesday night's Michigan-Michigan State game. Even if they don't make much sense.

But, hey, this is a bitter rivalry, so these jabs at the other school don't have to make sense. The message is sent and understood.